Our Weekend in Running

- April 01, 2012
The beauty of a relaxed Saturday is being able to choose when I am going to run and not have to worry about schedules.  I wish this happened more often.

Yesterday morning I was getting ready to run at 7 am and noticed it was 22 degrees.  I've run in worse, but then found out it was going to be sunny and mid 40's later in the day.  Which mean I was going to be able to run in my new arm sleeves and skirt.  Of course I chose to go later! 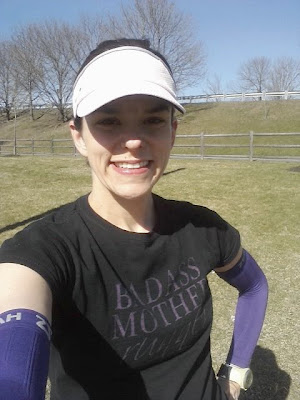 Today, was the girls regular long run day.  Since most of us are running Race The Runways next Sunday, we decided that we were going to do an 8 miler this morning.  A bit chilly but when there's great company, the temperature doesn't really matter.

Okay - this wouldn't be my blog if I didn't boast about my awesome running husband.  Yesterday, he ran his 12 miles with the guys.  After that, his March mileage was 198.10.  This was his highest month yet and he was quite happy with it, but the guys insisted that he go out for another 1.9 sometime yesterday.  After I got back from my run and while I was preparing dinner, he went for it. 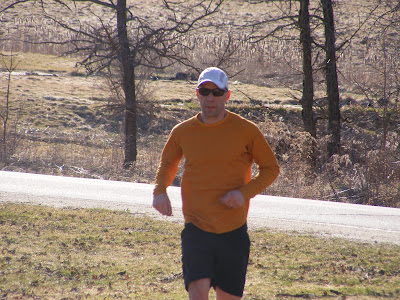 This is him coming into the driveway - officially making it a 200 mile month.  Way to go, Ward.   I came no where near his mileage, but then again, I'm not training for Boston!  My mileage for March was 128 miles!  My highest month yet.

What has been your highest mileage month?  Does it matter to you what your mileage is?