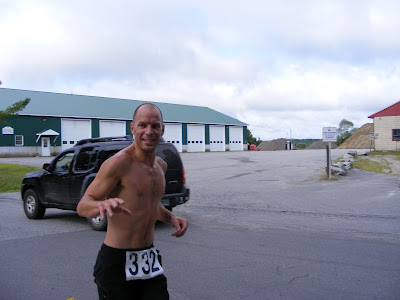 So, last week when Ward said he wanted some new shorts, I was so excited!  I kept pushing for something colorful.  I mean he is running with 30,000 of his closest friends on Monday - I need all of the help I can get to find the man in the crowds.  With my luck - these shorts will be popular among the men on Monday.

Since we started weather watching for Boston last week, the forecast has gone from 60's, to low 70's, to low 80's now we're hearing 88/90.  In case you haven't heard, Boston has offered a deferment for those who choose not to run now due the extreme circumstances of the weather.  I know a lot of people have their opinions about this and I get both sides.  Deferment now means less openings next year.  I get it.  But, really, when New England has gone from at most 50's in the past 3 weeks to nearly 90 in a matter of 2 days, there's some reason to be concerned.  Just my thoughts.

Of course, Ward and Wade will not be deferring.  I knew that the second I read about the deferment.  I just want them to run safely.  I do not need the emergency crew to call me to tell me the hubby is down somewhere around mile 16.  Now I'm starting to think - did I put my # down for his emergency contact when I registered him?  I must have.  Who else would I have put in there.  Oh jeez!

I'll probably be gone from the bloggy world while we're in Boston.  I'll be sure to return next week with a recap of spectating Boston and my dreams of someday qualifying (now that's funny!).

I'll leave you with our bags - looks like we'll be gone for a long time but in actuality, we'll only be gone for 2.5 days.  We are not minimalists in packing for sure! 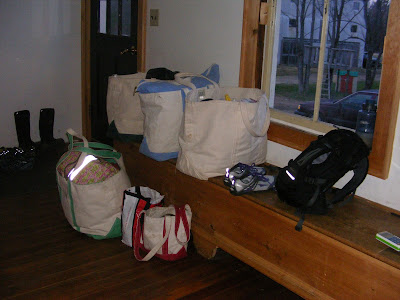