Bringing the Run Indoors, May in Review & Goals

To be honest, I've been fighting a cold all week so when I saw the forecast I wasn't all too pleased.   I was still going to run outside but wasn't going to be thrilled about it. But then Jill, being the smarter one, suggested we run at the gym.  Hmm....well, that's a novel idea.  Why didn't I think of that?  I DO work there.  A few twitter convos, texts, and a phone call and we were all set.  Stacy was taking today off and Jess was going to run later - which meant that Jill, Carrie and I were heading to the gym for 11 miles.

What?  11 miles on the treadmill?  I've never done mileage like that on the treadmill and I wasn't sure I could handle it.  Lately the furthest mileage I've done was 7 miles and that was dreadfully boring.  BUT, the plus side to today's run- great company, tvs, a/c, fans and indoor plumbing. 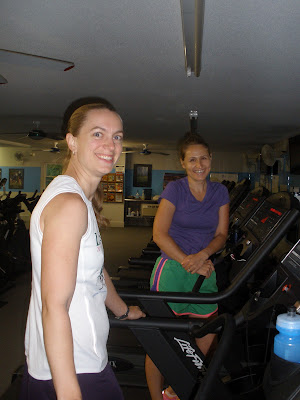 All in all, it wasn't as bad as I thought it would be.  I also found enjoyment in pushing the bar in the end.  I'd notice that Carrie would increase her speed, then I'd do it, then a few seconds later, I'd hear "bitches" & Jill was increasing hers.  We played this little game for the last two miles.  We also played the game of "where would we be on the trail today if we were out there?"  It definitely helped with visualizing how much we had left to run.  I know, the machine is telling me, but to me running is such a visual/sensory thing. 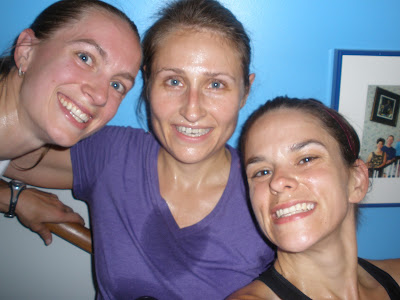 On a side note, my foot is feeling great!  Three days of biking, then a 3 miler, then 5.5 miles, rest rest day, and 11 miles today.  I think I'm getting there.  Good thing - I'm supposed to building my base before marathon training kicks off on 6/11!

Now that we're 6 months into the year, I decided to look at my numbers.


Not a bad 5 months.  I know the mileage is going to increase with marathon training from now until MDI on October 14th.  I'm just curious as to what my mileage will be for the year.  Will I break 1200 this year?  I'm thinking YES!!!

My goals for June -
- kick off marathon training injury free (plan coming soon!)
- add in hills/speed work
- register for/run the KRRT 1/2 Marathon (if it isn't capped out yet!)  - I better get on that!
- do yoga on my own 2x/week
- increase bike mileage
- roll daily (so far I'm 100% on this!) - thank you Body Wrench!  review coming soon

And, as I finish this up, Ward and the guys are heading out for their ride.  (and the rain is still coming down pretty hard) - Jeez, they are making me look bad.  Ha! 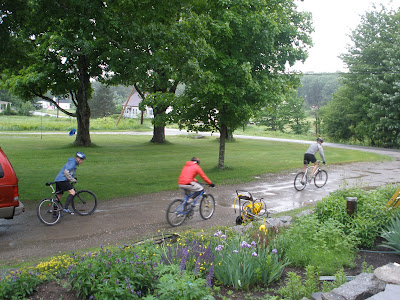