Let's rewind,  Jill, Wade, Ward, and I used to live together in a cute house in Days Ferry.  An adorable community in Woolwich, Maine.   I had just gotten back to our house, when I saw Ward, Jill and Wade getting in the car and driving off.  I tried to catch them, but I was too late.  Anyway, I called Ward and some not so pleasant words were exchanged.  I wasn't happy.

The three of them were on their way to Freeport to do some shopping before our dinner with Ward and Wade's parents.  Needless to say, I showed up to dinner with Ward and Wade's parents, alone.  Jill, Wade, and Ward showed up a little later.  When they arrived at the restaurant, the three of them just stared at Ward's cell phone.  A little odd, but oh well.  I was still mad.

Then the phone rang.  And all three of them jumped up.  Crazy.  Yes.

Later on, after dinner, we went to Ward and Wade's parents house.  It was then when Ward proposed to me.  After I said yes, he then explained that we needed to go to the Freeport Police Station to get my engagement ring.


While Ward, Wade, and Jill were driving to Freeport and I was calling him and yelling at him on the phone for ditching me, he was showing Jill the engagement ring he had bought and sat it on his lap.  Then when they arrived in Freeport, he got out of the car. They went shopping at LL Bean and then Ward saw someone he knew and told them he was going to propose and went to pull out the ring and it was gone.   It fell off his lap when he got out of the car!!!

After contacting security and searching the store and contacting the Freeport Police Station, they realized they needed to get going to dinner.  Where I was sitting with his parents, fuming, that he was late, again!

Apparently during dinner, the police called (that's why they all jumped up when the phone rang), and said some super nice gentleman turned in the ring.

So, after I said yes, Ward and I had to make a trip to the Freeport Police Station.  It was an incredibly romantic moment when the woman behind the glass slipped my ring under the glass and Ward put the ring on my finger.  Yes, it all began at a police station. 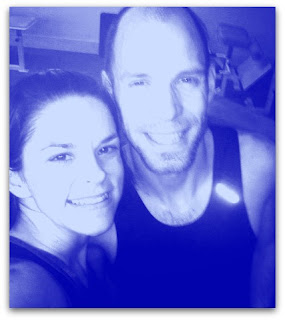 Wow, I cannot believe it's been 12 years!