- June 28, 2013
This past week, we took a quick little vacation to Pennsylvania to visit family.  We always stay with my aunt and uncle and have tons of fun.

It was a long drive down.  But I'm not complaining, since Ward did a majority of the driving.  And I may have been distracted by facebook and instagram and we may have missed our exit, which resulted in a slightly longer trip.  However, the route we took was a far better drive than going through Hartford, CT.  Which really bites the big one.


Thankfully we aren't really crazy when it comes to getting to PA in record time or anything.  We do make a few stops on the way.  Especially potty trips or sometimes when the view is absolutely gorgeous.  Or even just to stretch. 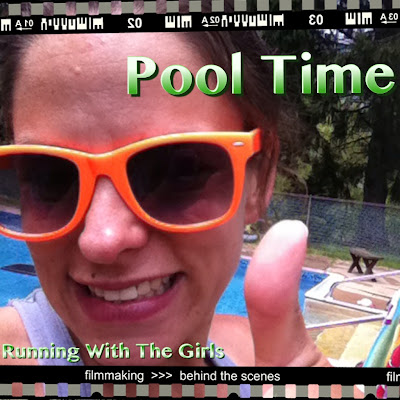 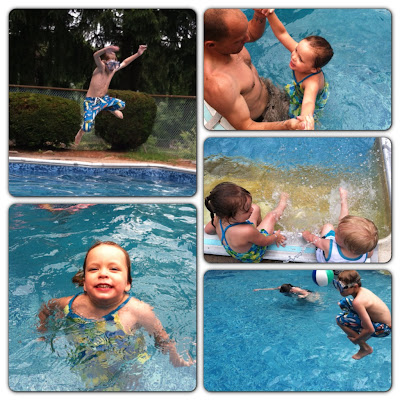 And I drank some of this.  It is a childhood favorite of mine and it only tastes right in the carton. 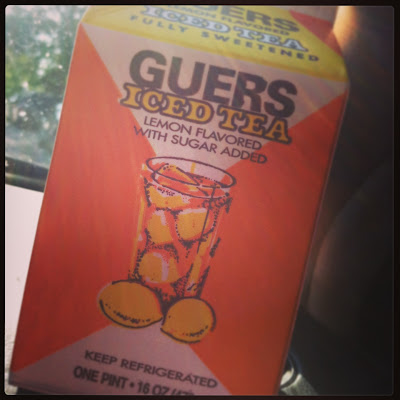 I didn't do enough of this. 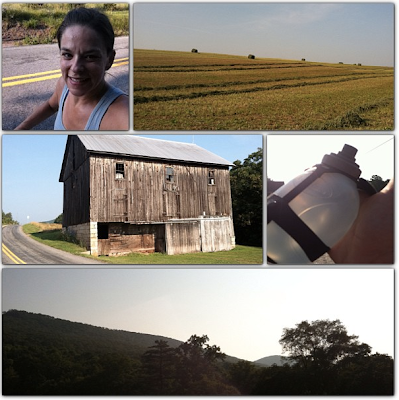 But the day I did run, I broke it into two runs.  Once along the farmlands near my aunt and uncle's house and then next run was part way up a mountain, then back down.  Which then lead to immediately jumping in the pool.   I did pause long enough to take my sneakers and Garmin off, but that was it! 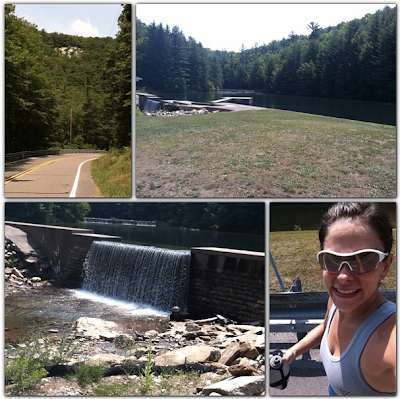 We did do some sightseeing. 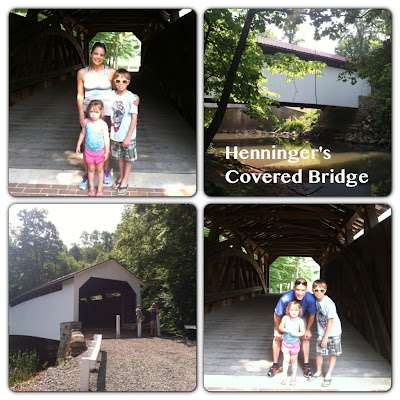 And we did get to see my dad and Barb.  We tried out a new place to eat and it was delicious. 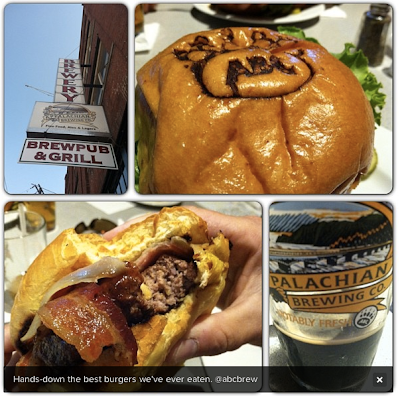 We ate at the Appalacian Brew Company in Harrisburg.  The wait was incredibly long, but the burgers were the best burgers we've ever had.  Ward ate Switchback (pictured) which was piled high with cappicola ham, smoked bacon, caramelized onions, rootbeer BBQ sauce, and provolone cheese.  I had the Sasquatch - which had brown sugar caramelized apple smoked bacon, sliced apples, caramelized onions, and cheddar cheese.  And I did enjoy two Susquehanna Stouts as well.  The kids even tried homemade pierogie's for the first time, and they really enjoyed them. 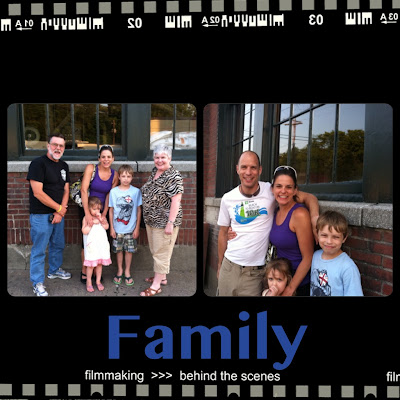 And since Pennsylvania's growing season is so far ahead of ours, my aunt and uncle have been picking lots of cherries.  We had a blast picking cherries and even brought home a few bags (already pitted) to make our own jam or pie with them! 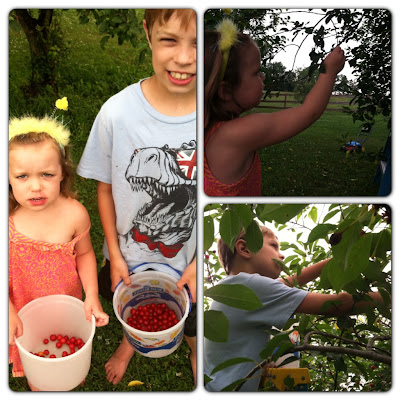 Pay attention to these pictures, they have something to do with a review/giveaway I'm posting tomorrow!