- March 24, 2014
Here we are...Monday!  But hey, only three more working Monday's until April break....which means 4 weeks until Boston!  I'm getting very excited to be taking the family down to Boston again to cheer Ward and some other friends on. 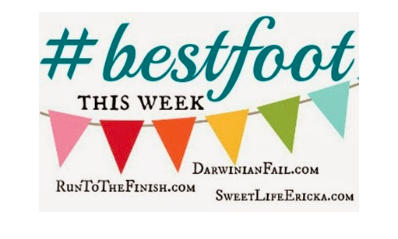 Here's my week in review:

Monday & Tuesday:  100% complete rest.
Fever.  Horrible cold.  And I am very proud of myself.  I rested.   Even when I received a super awesome box in the mail on Monday.  I even stayed home from school on Tuesday.  I normally don't stay home for myself.  But I was that sick. 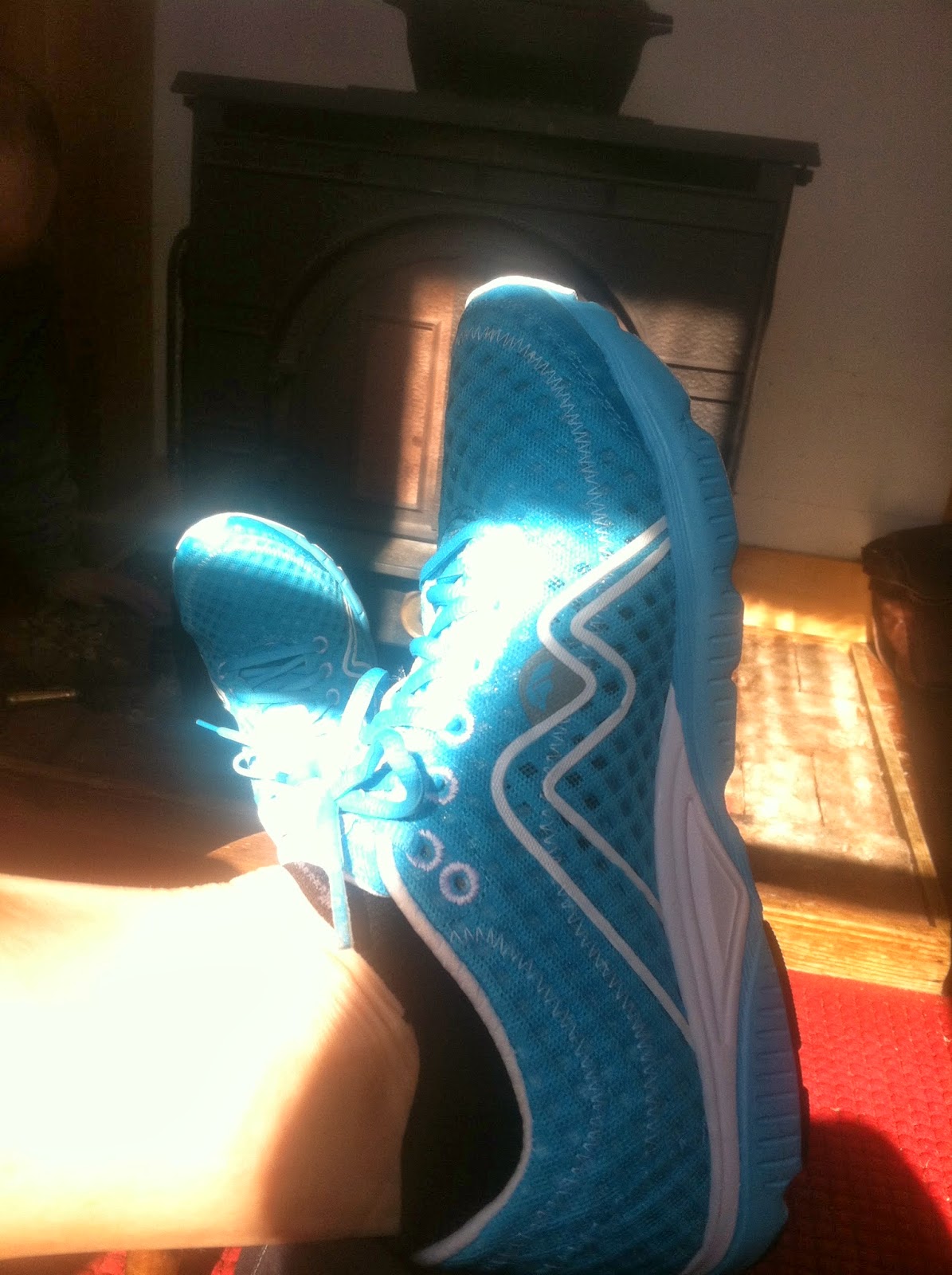 Instead, I just put them on and admired them while sitting by the wood stove.

Wednesday: 3 miles @ 8:04 pace.
After not running for a couple of days, I just wanted to run fast.  I tried to keep it in check, but my new Karhu's felt awesome and it was warm enough for my Spandits capris.  So I just went for it! 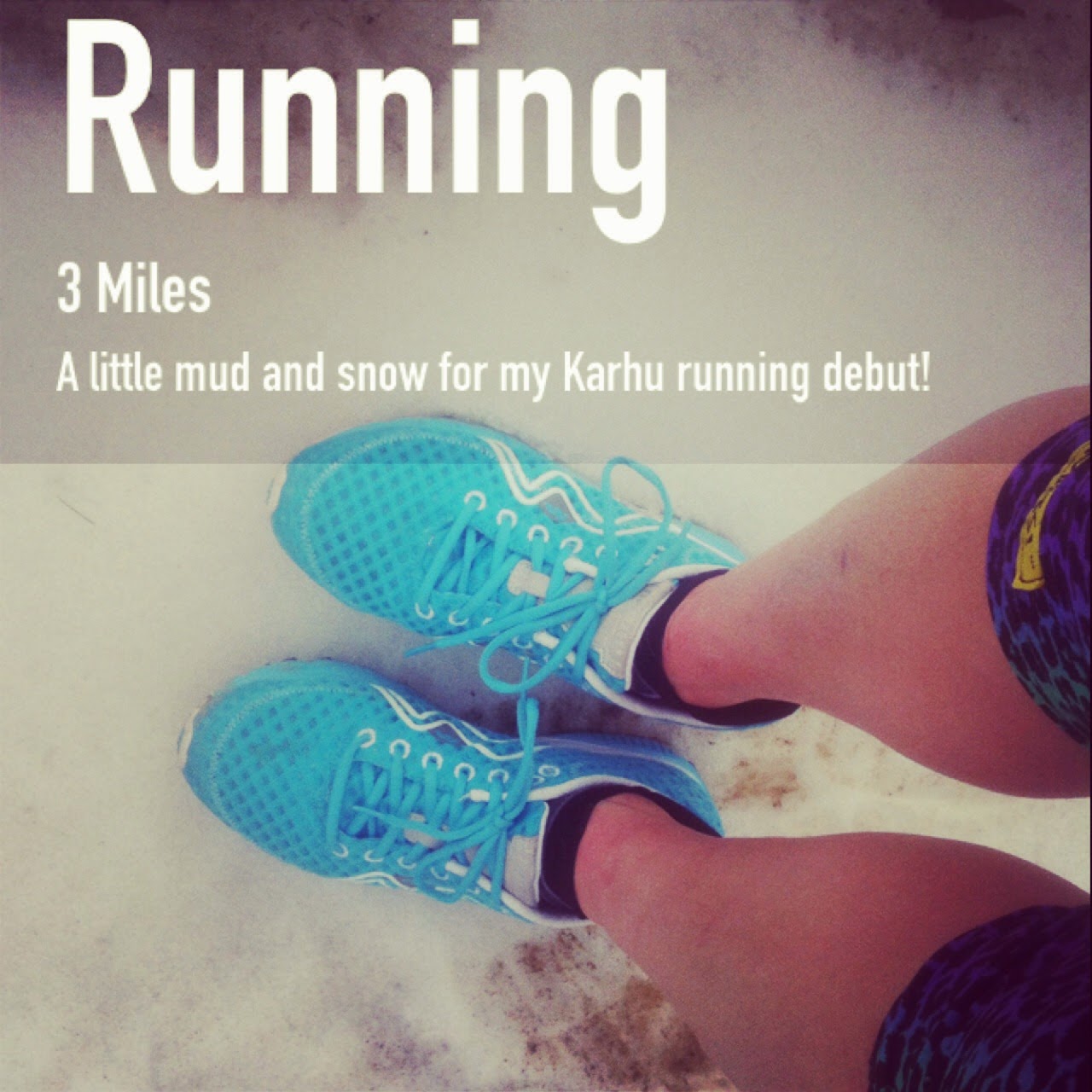 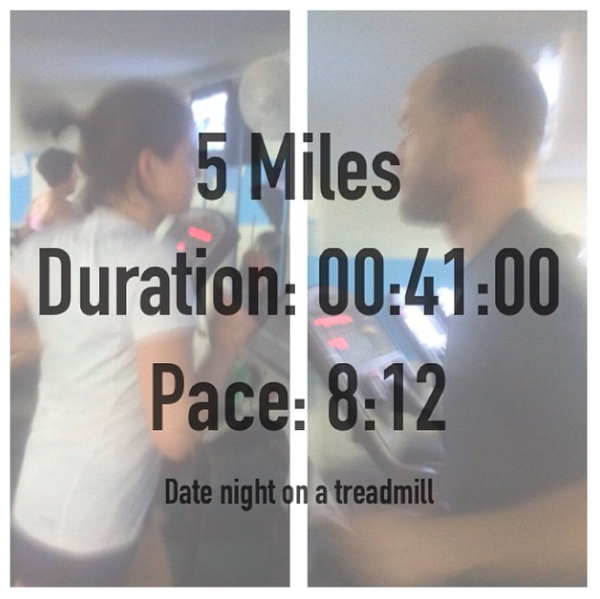 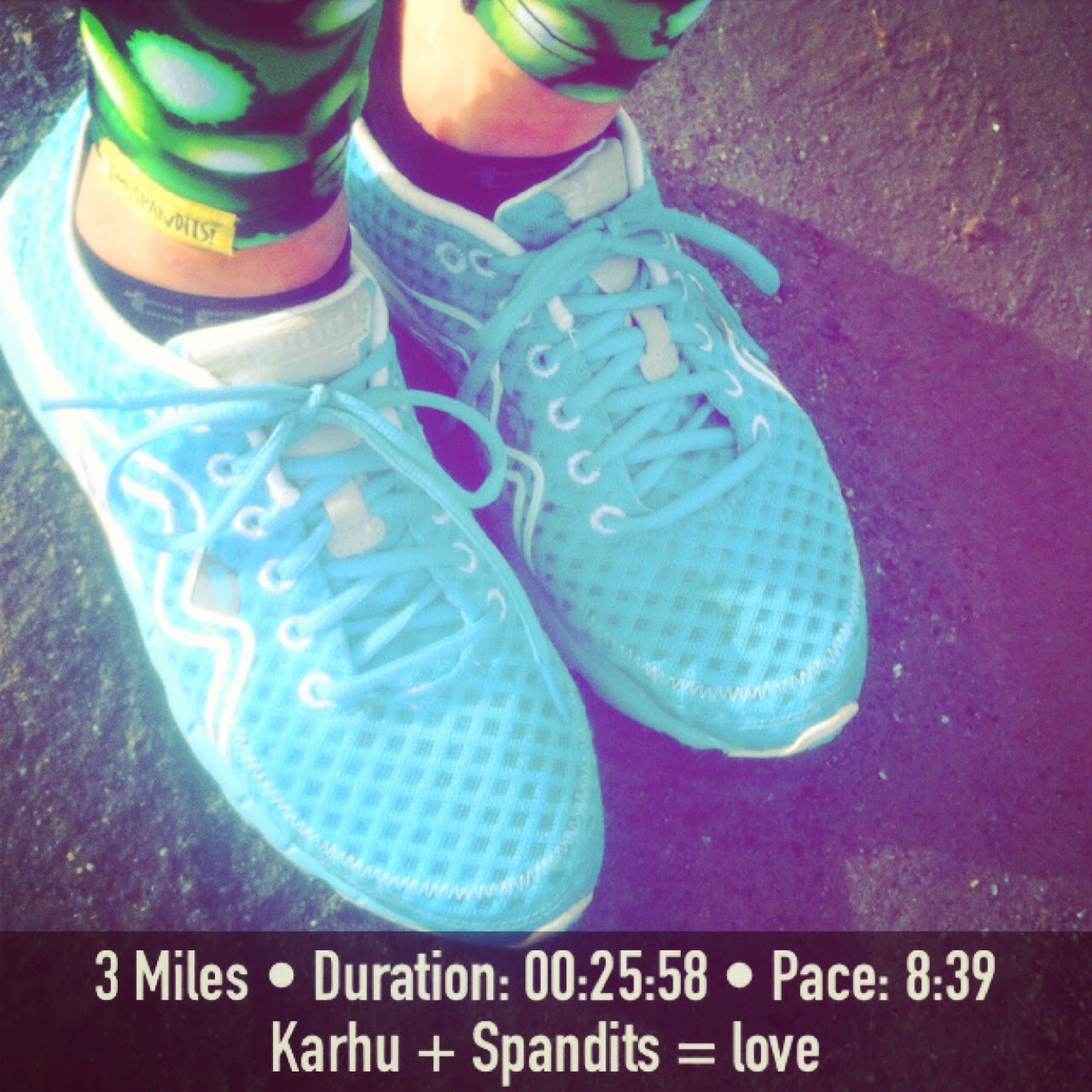 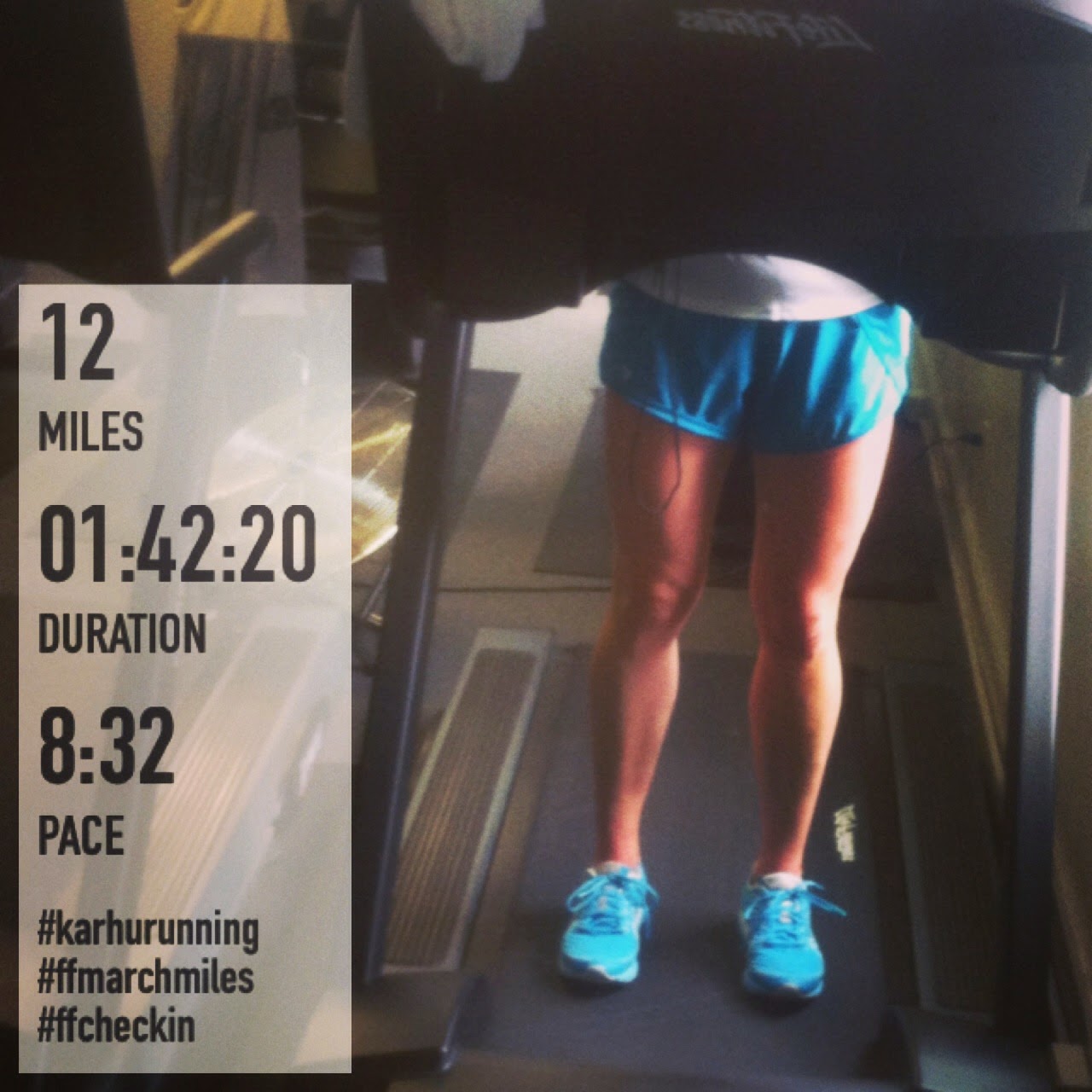 And my Karhu's match my Moving Comfort shorts perfectly. 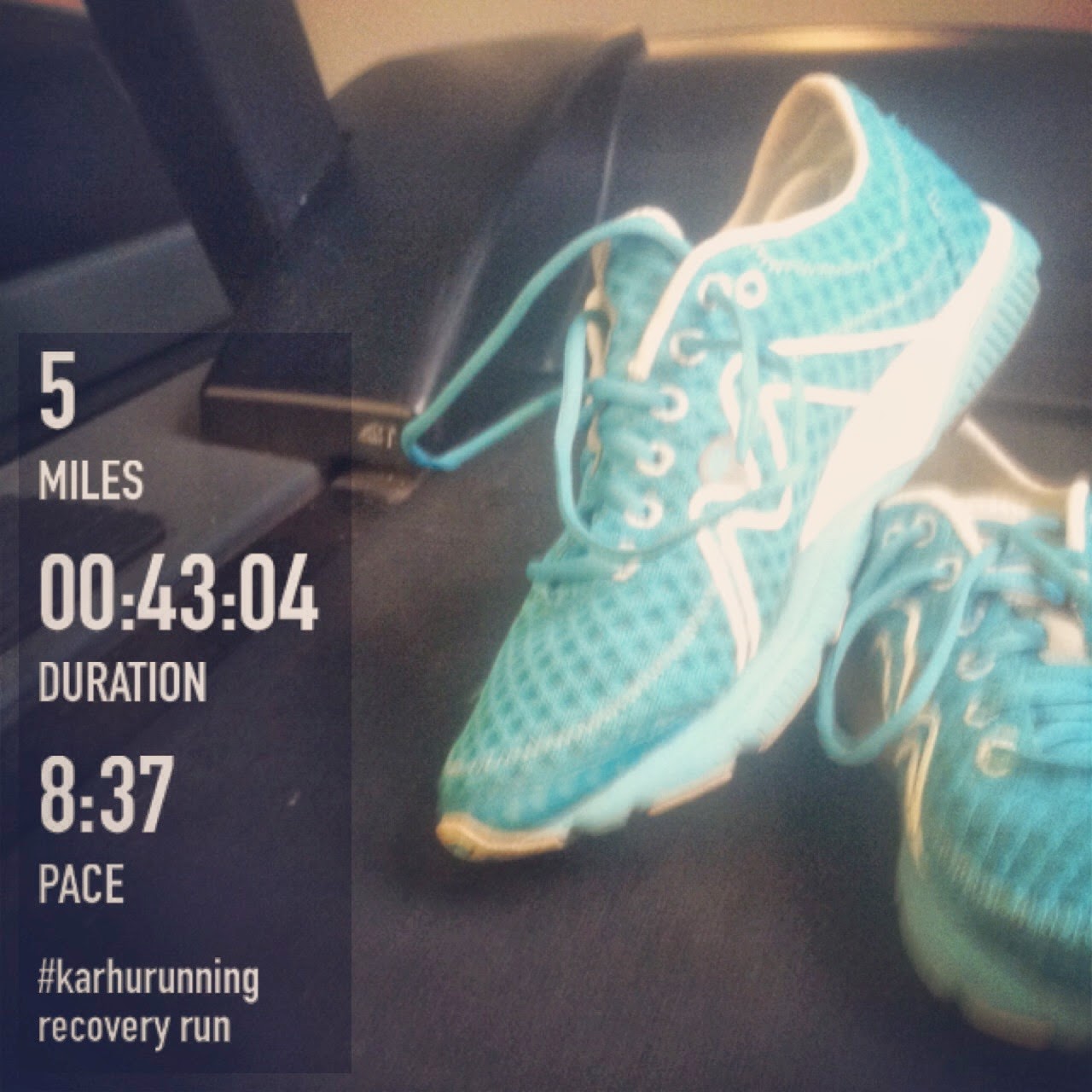 Update on my Kinetic Revolution 6-Week Program.
I've just completed week 4 of the program.  This program has me focusing on arm movements, foot landing, and cadence and putting it all together.  It has an audio component as well as some video for some of the drills.  I'm loving these drills and workouts, but I will admit most of them have been on a treadmill lately.  Which is good and bad.  Good because my favorite treadmill has a mirror directly in front of it and I have been spending my time on the treadmill watching my heels kick up a bit more.  I'm trying to make that more natural so when I don't have a mirror in front of me, I'll still do it!

On a side note, I won a My Race Ragz giveaway from Dani @ Weight off My Shoulders a couple of weeks ago.  I was so excited but had to design a logo first.   So, with my limited design skills, I made something and showed Ward.  He said "ehhh....it's okay.  It just needs a little tweaking."  3 hours later, I had it.  Of course I had to give him a little incentive.  I told him I wouldn't order his running shoes until he finished my logo.  Bribery at it's finest! 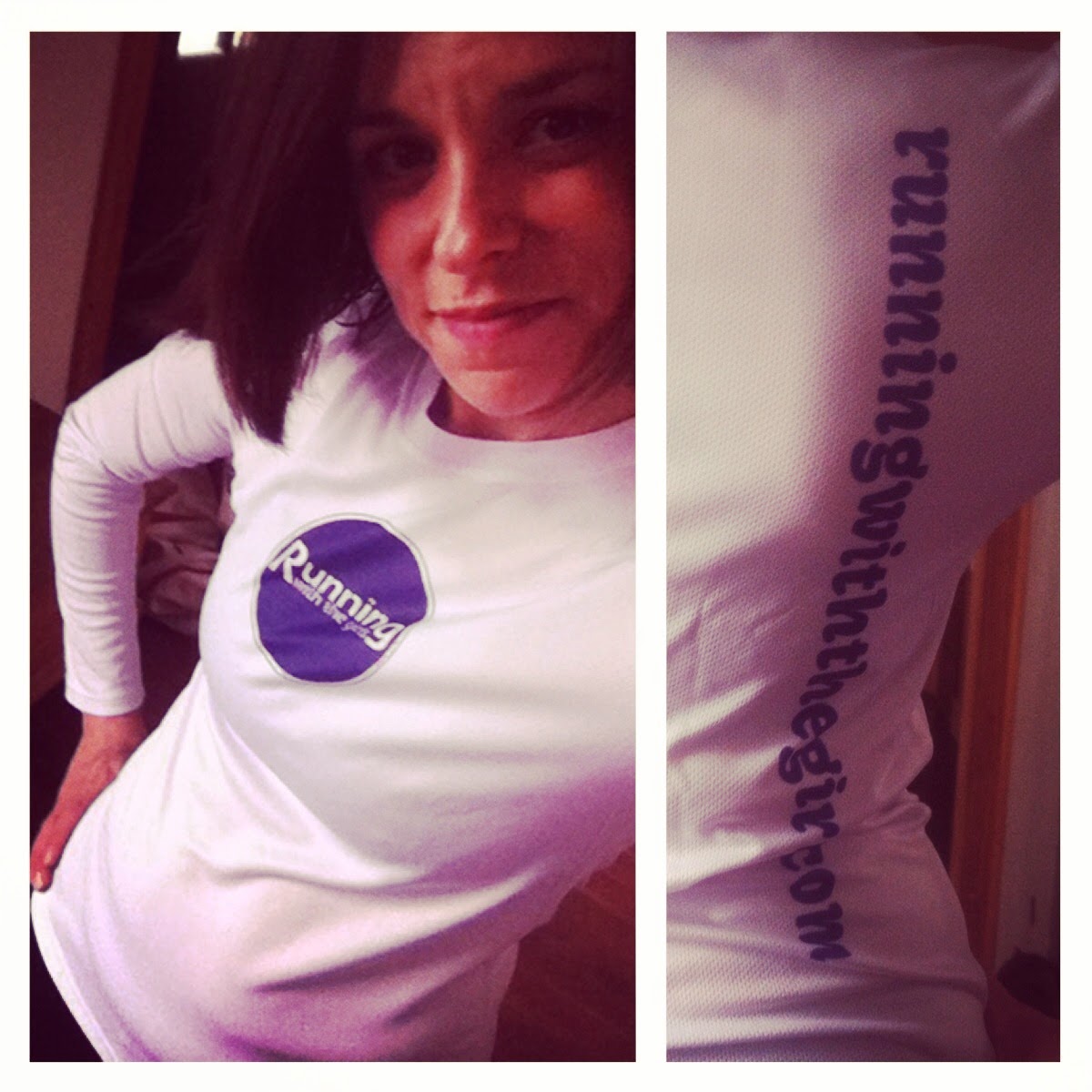 My shirt came in the mail on Saturday!  I am so excited!  I'm also quite happy I went with a long sleeve.  Given the temperatures we're experiencing in Maine, I'll be able to wear this shirt for quite a long time this spring.  And then I'll be able to enjoy it in the evenings this summer.

How was your week?  Anything new in the mail for you?