Showing posts from October, 2015
Show all

3 Easy Workouts to do with your Kids and Bosu

- October 30, 2015
I received the BOSU and BOSU Sport products to review via my association with Fit Approach. All opinions are, as always, my own!

Izzy and I love working out together! It's kind of what we do after school each day.  She comes home...we take Tucker to soccer, I run, then we do a workout.  It doesn't have to be a long workout - but it's time together doing something we love!

The FitFamily BOSUstrong challenge gave us a new challenge - trying new things with the BOSU!

SKIING
I'm not a skier.... never even tried it.  Perhaps this is the year?  I don't have an interest in trying it...but I do live in Maine and I kinda feel like I need to at least try it?   Or not.

But, in the meantime, Izzy and I will stick to "skiing" with our BOSUs.  This workout gets the heart up and works those legs!  And is sure to bring lots of laughs.

The week is flying by already and it's #toneituptuesday Izzy and I are skiing without snow but with our @bosu_fitness. So much fun…
Post a Comment
Read more

I received a Grokker membership to review via my association with Fit Approach. All opinions are, as always, my own!


My preferred workout is running; however, I love to accent my training program with strength and stretching - which in turn will make me a better runner.  It's all connected.

With our crazy schedule we call life in the Boudreau household, I barely have time to fit in my run, let alone driving to a yoga studio to practice yoga.  That is why I LOVE Grokker.  I mean, check out the selection of Yoga Video Topics!  And this is just Yoga.... Grokker has Fitness, Cooking and more links as well!


Grokker has an extensive collection of fitness videos (and cooking videos) that are for anyone and everyone - kids, adults, newbies, and fitness fanatics.


I have enjoyed the Yin Yoga videos a lot.  I feel they compliment my running routine more than anything.  THIS yoga video has been my favorite one by far. I find them incredibly relaxing and Izzy loves joining me as well!

My Love Affair with Spandits 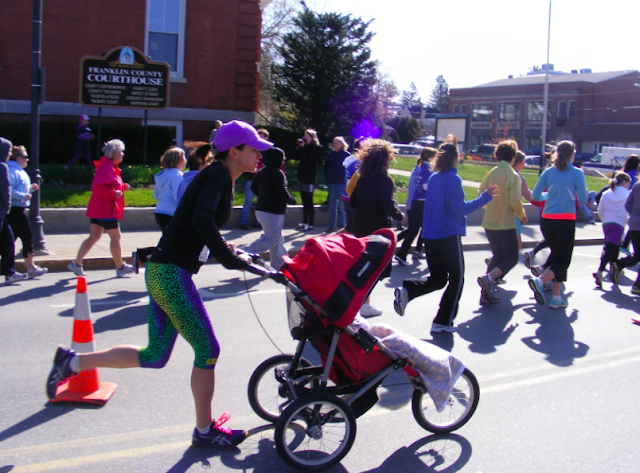 Way back in the Spring of 2012, Ward said to me... you need to check out this new company and he pushed his iPad over to me.  His HS Track Coach, Kelley Cullenberg and her friend, Sarah, another long time runner/coach, joined forces and created a running apparel shop named Spandits.   Immediately I sent off an email to Kelley and Sarah asking to review a pair of their capris.  We planned a meet up in Farmington at a local 5k, where I would try out Spandits in the race and then write a blog review.


It took me all of 2 seconds to fall in love.  My first pair of Spandits will always be my favorite...but it definitely started an addiction to Spandits.  Since the spring of 2012, I have been lucky enough to serve as a 3 season Spandits Ambassador...and have added a couple more, well, okay, over 30 pairs of Spandits to my collection.  I have all of the lengths - shorts, boy shorts, over the knee, 3/4, full, thermals, skirts, headbands, arm sleeves, skull caps, a dress, and a hygge. 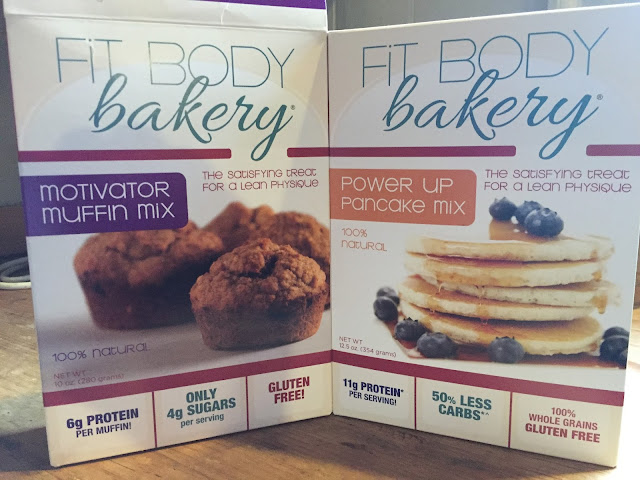 I received Fit Body Bakeryproduct to review via my association with Fit Approach. All opinions are, as always, my own!

For the past 2 months, I've been committed to eating cleaner, which meant I basically cut baked goods out of my life for 2 months.  I know there are ways to eat clean with baked goods, but I seriously didn't have the time.  Then I came across an opportunity through Fit Approach to review Fit Body Bakery and I knew I needed to try it out!

Fit Body Bakery is focusing on helping people meet their health and fitness goals with delicious mixes packed with 6 grams (or more) protein per serving to satisfy you hunger and keep you active and going all day long!

A few more facts: * contains 1/2 of the sugar of conventional mixes  * sweetened with coconut sugar and stevia  * made with 100% gluten free whole grains  * contains no preservatives or artificial ingredients 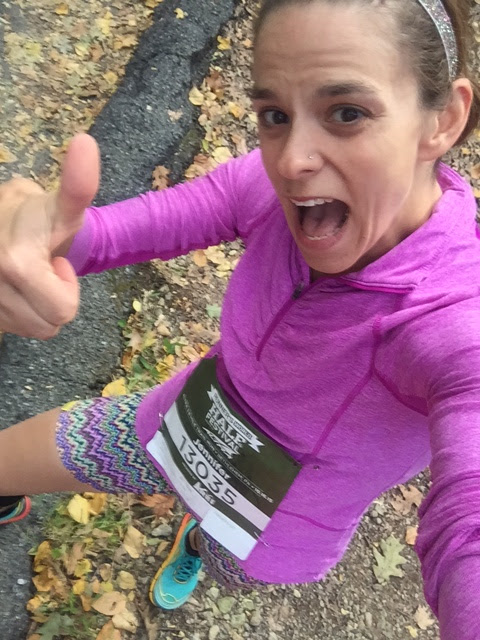 I was born and raised in Pennsylvania until 1990, when my family decided to move to Maine.  We make it a point to go back and visit family about once a year... but I've never raced in Pennsylvania.  Well - I checked that off my bucket list at the Runner's World Half and Festival!  I actually checked off my first FOUR PA races in one weekend!  How about that?

This year Runner's World added a new race to their running festival - a 3.8 mile trail run, which brings to total running mileage to 26.2 miles!  I felt honored to participate in the first year of adding a 4th race to the festival.


The Trail Race took place Friday afternoon at South Mountain Park.  David and Lacey took us over in the vans - which was rather awesome!  Not having to worry about how to get there, where to park!


We had already toured the area earlier in the day and had a sneak preview of part of the course...but still really didn't know what we had in store for us!  I was nervous abo…
Post a Comment
Read more
More posts