- October 03, 2016
The marathon is a very humbling experience.   You train for it for months.  It's seriously like a second job.     You practice race day fueling and hydration each time you do a long run.  You crush your workouts and go into a race feeling strong and confident.

For me, sometimes the end result is a PR.  Sometimes it's not even close to a PR.   It's a challenging distance that's for sure and a lot can happen over the course of 26.2 (or so) miles.  I've been wanting to do the Clarence DeMar marathon for a few years now.  The gorgeous setting, the downhill elevation profile.  That combination seemed perfect for me! 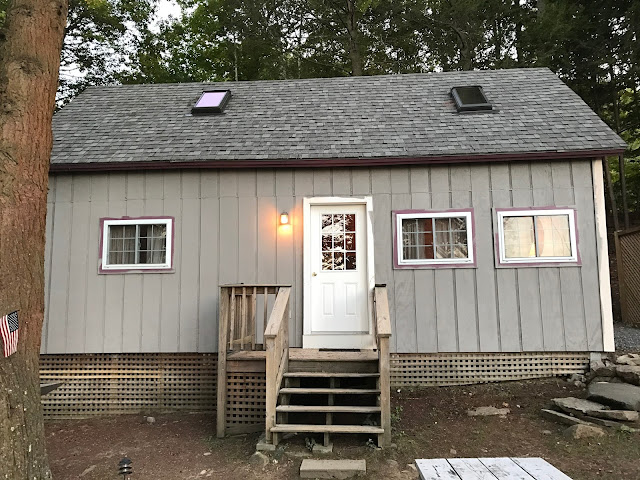 Last weekend, the husband, brother-in-law, sister-in-law, a friend of ours, and myself loaded up our cars and headed to Keene, NH for the big day.  We picked up our packets, checked into our cabin, then went out for dinner.  It was relaxing day. 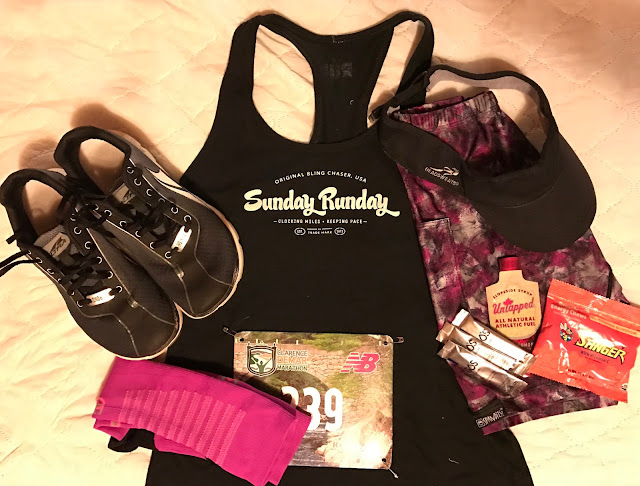 That night, I slept quite well, considering we were in a different place.  Lately I haven't been sleeping well at all, so this actually surprised me.  I woke up, put on my selected Spandits boardies, Headsweats visor, Miles and Pace #SundayRunday tank, my ProCompression elites, and my Altra One 2.5s.  The normal attire for me.  I also loaded up my Camelbak with SOS Rehydrate, stocked up on my HoneyStinger and UnTapped Maple Syrup packets.

Then I put on the finishing touch.... my throwaway fleece robe, I picked up at the employee store. 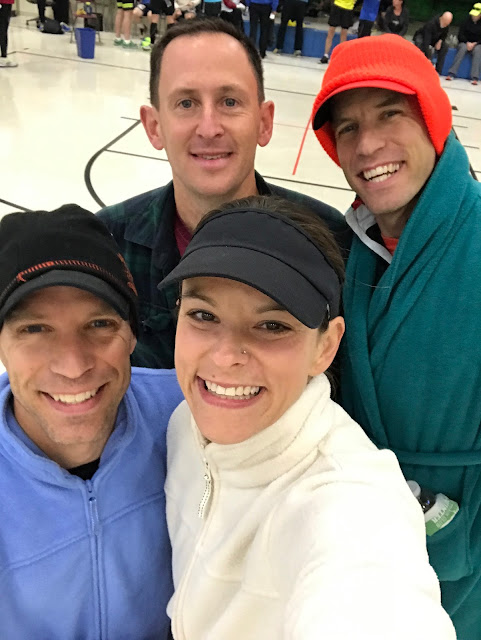 Without any race supporters, we had to take the shuttle to the start, which was an elementary school - INDOORS/HEAT!   The porta-pottys were outside, but no big deal.  We had a meet up with Derek Zardus, a running pal of mine taking on 50 marathons in 1 year.  He just ran #40 yesterday!  He's cranking them out that's for sure! 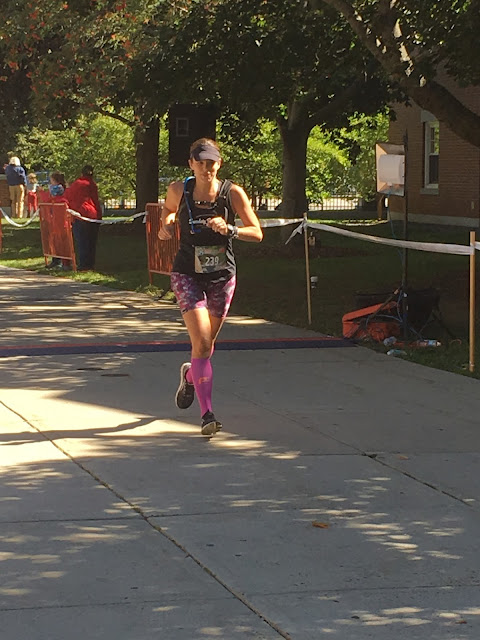 The race start was easy and relaxing.  I didn't shed the robe until after the starting gun went off.  No sense in standing on the front line.  I'm not going to win the thing.   My timing chip doesn't start until I cross the starting line!  So I vote stay warm!

My first 9 miles I was super consistent.... 8:36 miles.  I felt pretty darn awesome.  Just after the half, there was a small uphill to a dam, and I started to feel the wheels come off.  But I reined it in.  It was at that time I stopped looking at my paces on my watch and just focused on the race.   Then my quads decided they were done.  As in, they were complete done running down hills.  It hurt like a *&#@# to run downhills.  I could handle the uphills no problem.  But the downhills!?  UGH! 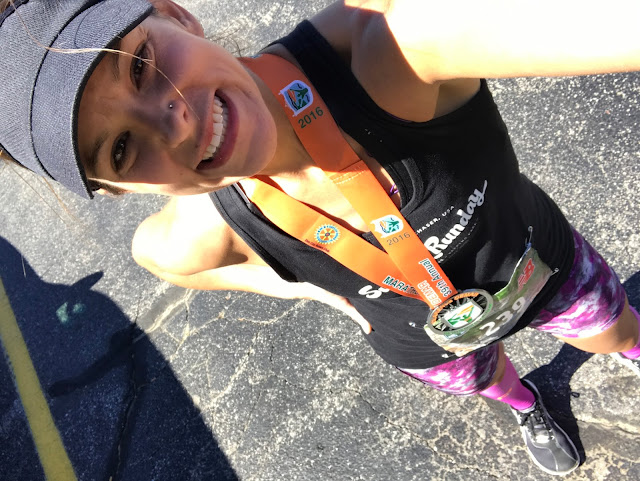 About mile 21/22 ish, I knew I was toast.  My only goal at that time was to finish.  And to finish with a smile and uninjured.  I have NYCM in 5 weeks.

I finished the race in 4:10.  My exact median race time.  I've had 3 faster, and 3 slower.  So all in all, a solid effort.   I guess.  I'm still bummed by it.   But that's what happens when you run a marathon.  Well, for me anyway.   Could I have pushed past the pain in my quads and run faster?   Ward says my form was just a mere shuffle at the end.  How long was I shuffling?     I didn't even realize I was shuffling. 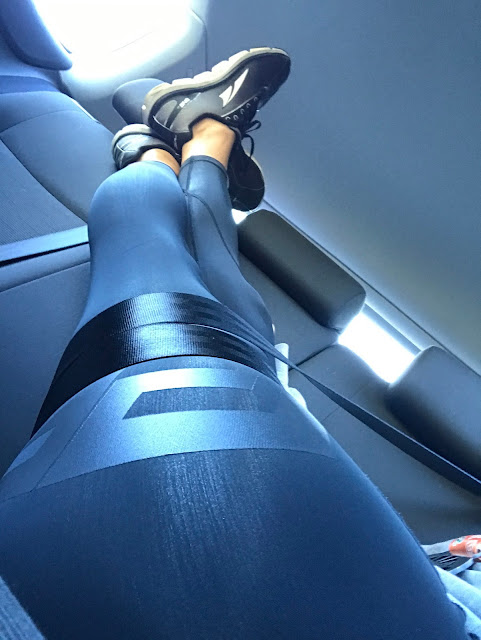 Let's just say, my legs were SORE after this marathon!  This was me on the drive back to Maine.  Legs in the air, wearing ProCompression tights.   The best! 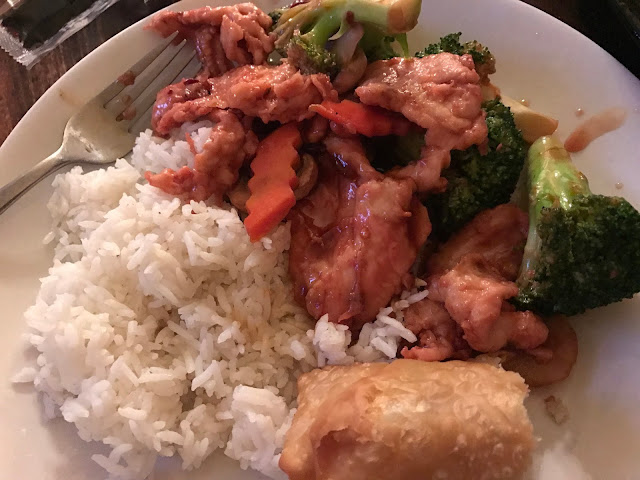 The best thing about running a marathon is enjoying the food that I steered clear from during training.  My friend calls this untraining.   I've enjoyed it immensely. 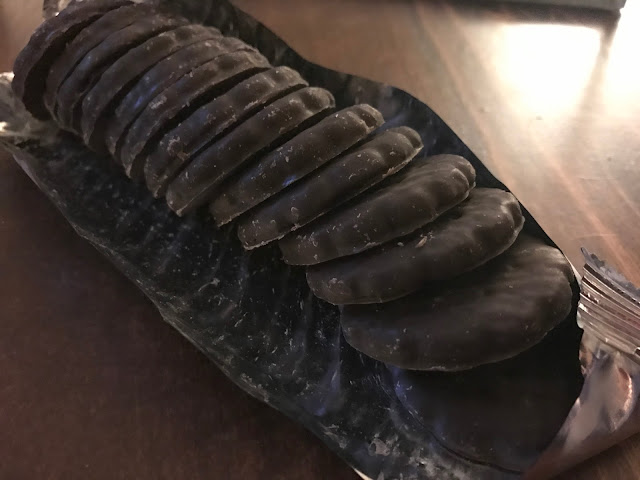 But now I'm back on track and ready to start running again!  NYCM is up next!
Clarence DeMar marathon recap