So here you go!   The Bradbury Whiteout was nearly a month ago.  (oops!)    Maine had gotten hit rather hard with some snow in the week leading up to the Bradbury Whiteout Snowshoe Race.  Which made me super happy!  I know, I know.  I really do not like snow.  I hate driving in it.  I don't like running in it.  But I LOVE snowshoeing in it.  Then add in running in snowshoes and it was incredible!

The Bradbury Whiteout was a 4 mile race with a lot of single track and some of the course on some snowmobile trails.  The first Bradbury race I went to, I went alone.  But then I convinced Ward to come with me to the Whiteout.  In my head, he was going to go and be my paparazzi.  But in reality, he went to run it!   I am the one who bought the Atlas 22's - running snowshoes.  So they were MINE!  I wasn't sharing.   However, lucky for him (I think) we have an overabundance of snowshoes due to his job at LL Bean.  We get to frequent the employee store, and every time I see snowshoes, I buy them.   I don't care if they are kid/adult/pink/blue, whatever.  To me, I just want them at the house because I never know if the kids will have friends over and they may want to go snowshoeing!

So Ward got to choose one of the "walker" snowshoes we had.  But even with the heavy "walker" ones, he still kicked butt!  Anyway, this recap is about me.  Not him! 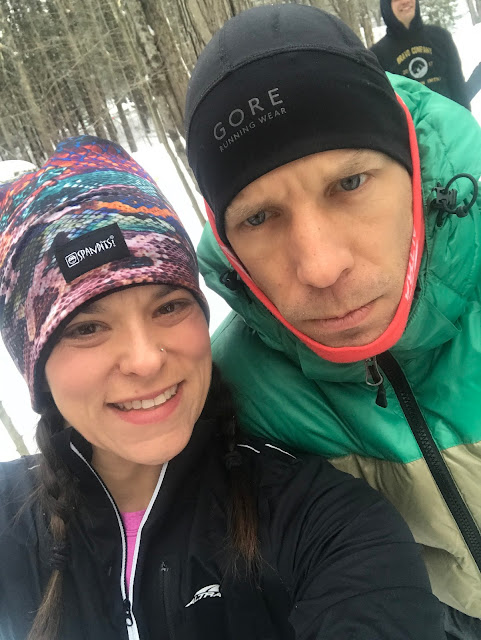 Like I said, the course had some single track.  And with a lot of snow on the ground, that made for some super difficult passing situations.  I didn't go out hard enough to get a comfortable place and got stuck behind a long train of people.  Which wasn't absolutely horrible.  But, I knew I could be running faster.  When I saw the opportunity to pass, I did it.  And maybe pulled something in my butt.  (It finally stopped hurting 3 weeks later - because I was bad and didn't really rest it). 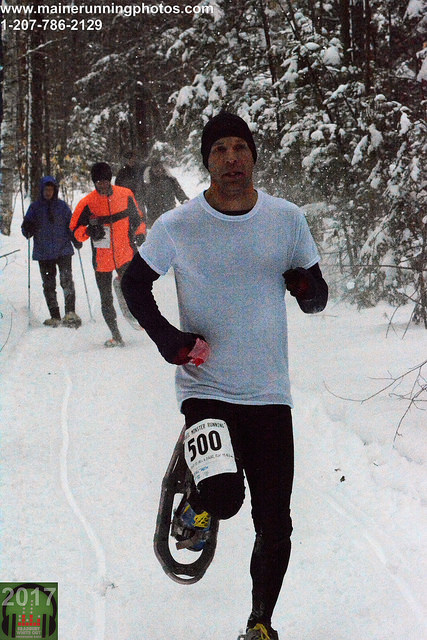 There was a little out and back point, that I loved.  Some people hate out and backs, BUT I love them.    I love to see the front runners and love to cheer them on and maybe get a high five here and there.  And then I saw Ward.... crushing it.  So of course I cheered him on.  This little out and back went up a hill for a bit, which was a bit of a challenge, but you know what?  Once I got to the top, I got to go back down... FAST!  That was fun!  I needed to focus on staying in control and I passed several people.

You know what I love about the Bradbury series?   It brings in a lot of really awesome people.  They are just super happy to be out on the trail and cheer people along the whole way.  I love that about this group of people!    There was one more single track part, which was challenging and windy... but still tons of fun!  Then I emerged from the single track and saw Ward waiting for me.  Then I knew... the finish was coming up!  Yay!  I pushed it real hard and made it to the end. 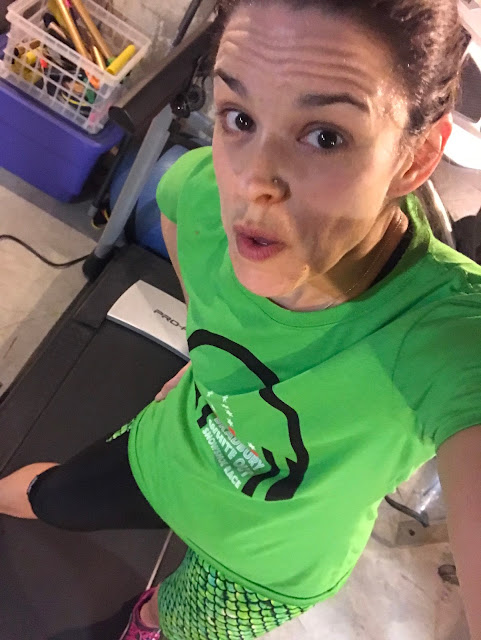 Oh, did I mention the shirt?  Oh my!  This one was fun!   I stand by it, TMR make the best race shirts!   Stay tuned for the 3rd race (and final race of the series). 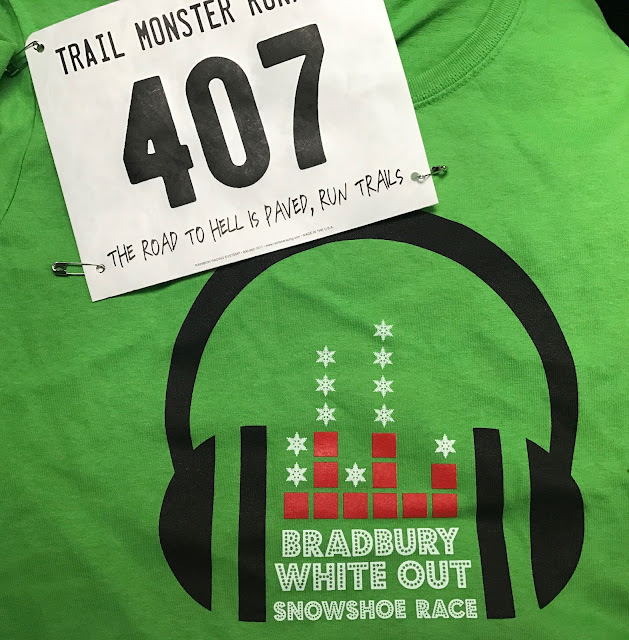