- November 29, 2017
Happy Hump Day everyone!   I'm finally feeling recovered from the whirlwind Thanksgiving Break we had.  I swear, the older I get, the longer it takes to mentally and physically recover from a long road trip! 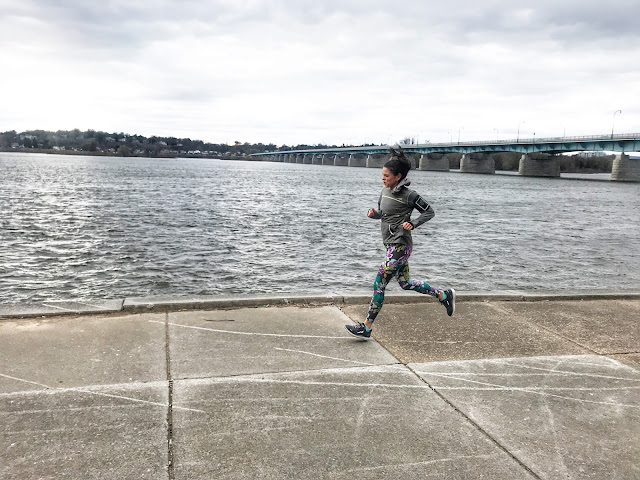 This year, we switched things up and make the trek to PA to celebrate Thanksgiving with my side of the family.   To sum it up - the entire trip was glorious.   It made me miss and long for my family even more.   Of course our trips are always so short, there is never enough time to squeeze in a trip with everyone and I always leave feeling guilty for not getting the chance to see everyone. 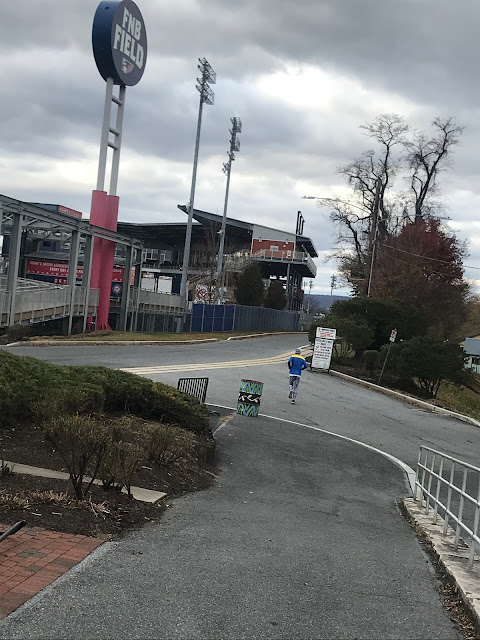 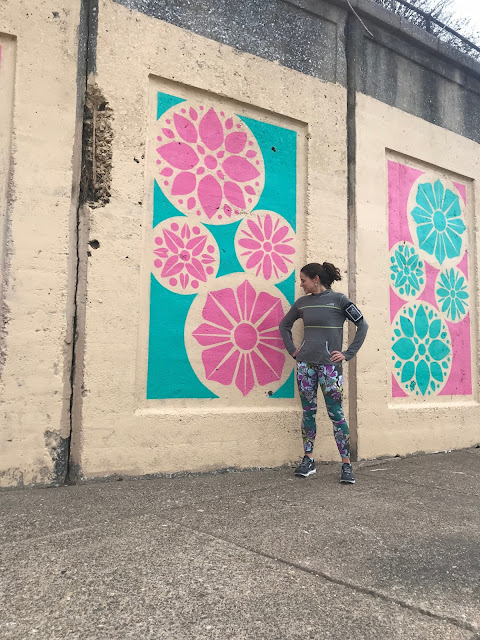 Wednesday
I wanted to run part of the course for the Pie Gobbler 10k we were going to run on Thanksgiving.  The race started on City Island in Harrisburg and started out going over a metal walking bridge.   After I registered, I watched a video of the race.  I immediately felt sick to my stomach knowing I HAD to run over THAT bridge.   gulp.  Which led me to urge Ward to head down to the course and run over the bridge without a couple hundred people - so I could get over that fear. 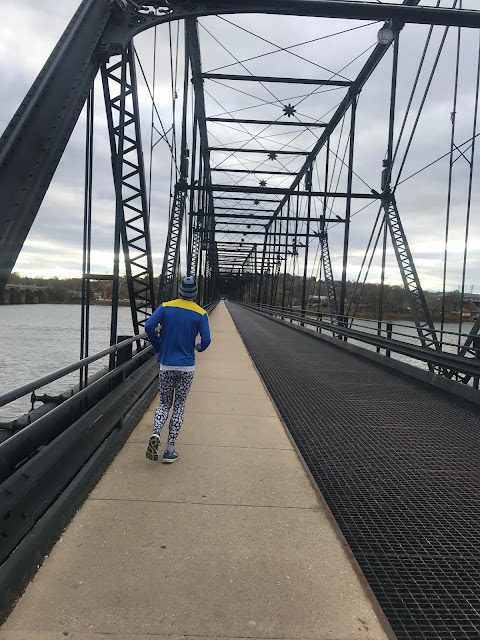 It was a crazy windy day along the Susquehanna River.... but running along the river was a great new experience for us.  We run along the Kennebec River in Maine.   But there was something about running along a river I used to look at all of the time as a kid thinking it was a biggest river ever!
We managed to get in a nice shakeout of 4 miles in and got in a nice preview for the course.

Thursday
On Thanksgiving, Ward and I headed over to City Island early to get in a warm up run.  It was a bit cold, but nothing a Maine Girl can't handle! 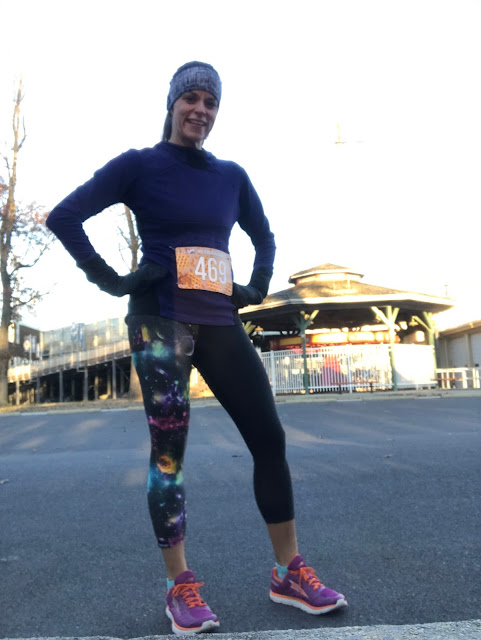 I had two goals going into the race.  Run the 10k under 50 minutes and run the last mile fastest.  I succeeded with both.   I forgot my Apple Watch charger in Maine and by Thursday it was dead.  Oh well.  I loaded a running app onto my phone and had to rely on waiting for the mile marker (or somewhere near them) to find out my pace (because I didn't want to mess with the phone while I was running.... it was nice an snug in my arm holder and that's where I wanted it to stay.    I only caught a couple  of my splits, so I didn't really know *how* I was doing.  It drove me crazy, but at the same time it felt liberating. 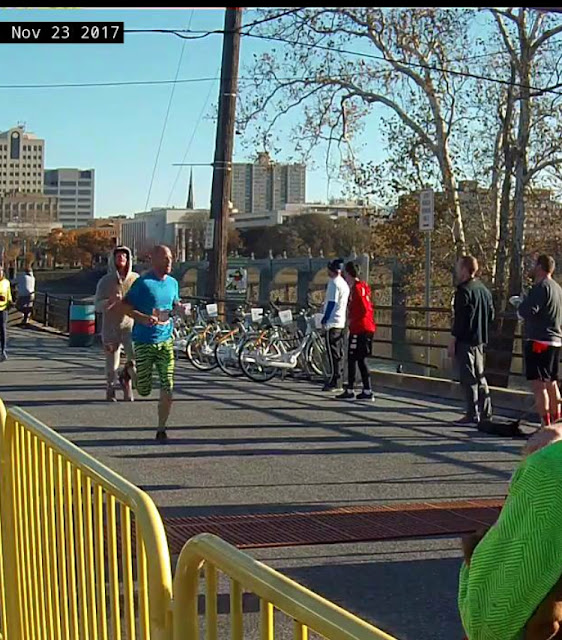 I focused on running hard, pushing through, my breathing.  It all seemed to click for once.   When I was on my return trip and saw that walking bridge and knew it was time for a final push.... I went. for it.   But of course, there were TONS of obstacles with this final mile.  I mean, all of the 5k walkers.   I seriously had to should "runner on the left" at least a 100 times.   But in all, that was the only thing that drove me nuts. 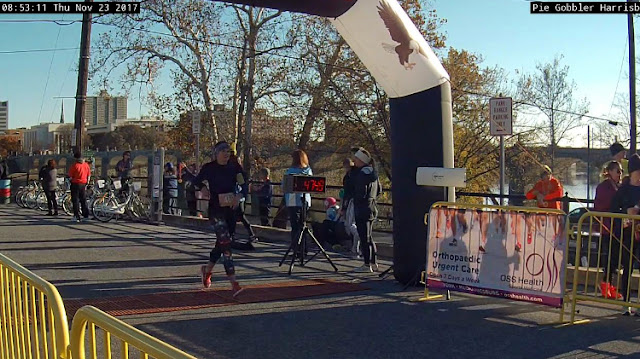 The rest of the course we awesome. Flat, flat, flat with the exception of 2 inclines.... and they were nothing.   And racing over the bridge?  So much fun! 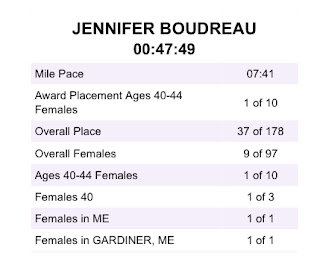 The result?  My fastest 10k in the last 5 or so years (not a PR) by at least 3 minutes.... with 47:49.  Woohoo!  I felt strong.... and felt like I could have pushed more.  Which is super exciting.  Perhaps I have the racing bug back?  Or I was just feeling spunky for being back in the state where I grew up. 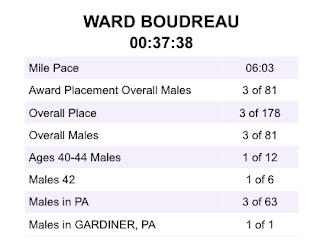 That 47:49 earned me a 1st place in my age group.  AND even better, none of the top 3 overall ladies were in the top three either... so this wasn't a "by default" age group winner prize either.  I'm pumped!  I have an engraved plate on the way and I cannot wait to share! 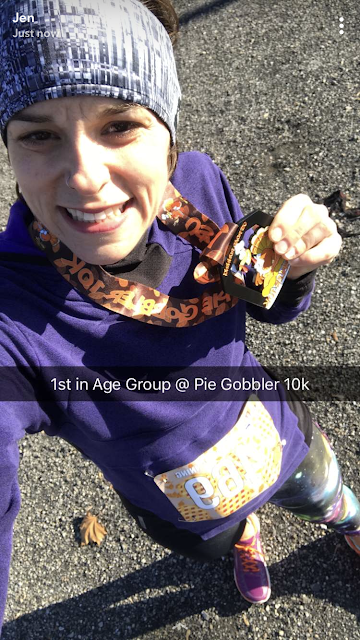 Ward didn't have a shabby race either.   He actually snagged 3rd overall with a super solid race!  I bet his engraved plate will look better than mine. ;). 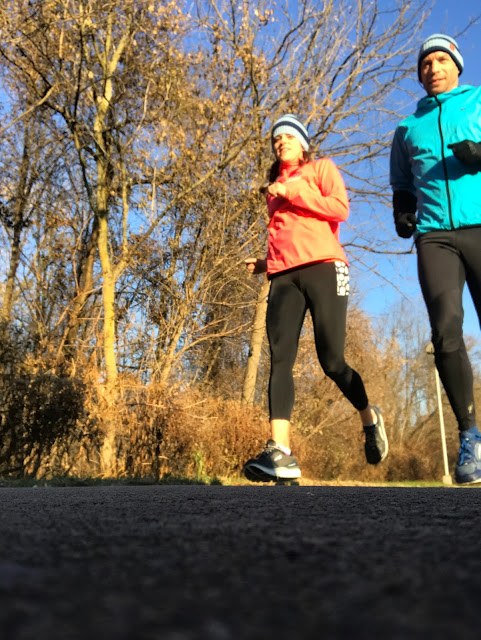 Friday
Was our last day in Harrisburg.  I had been wanting to run more of the Green Belt my dad had been raving about.   Ward and I headed over to a section of it and got in a beautiful 6 miles full of brick homes and buildings on some windy trails.  It never really felt like we were running Harrisburg. 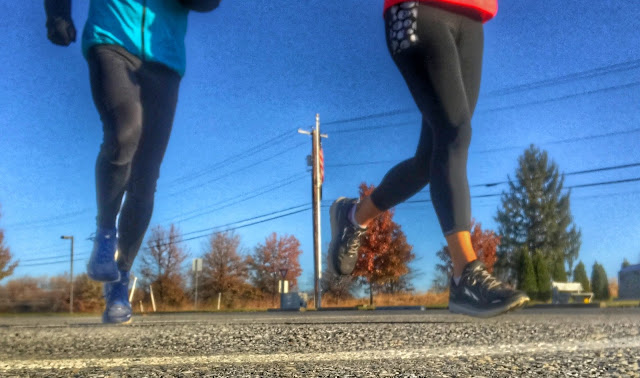 Saturday
It was our last day in Pennsylvania and we knew we had to get in a final run on the farmlands where my Aunt Vic and Uncle Snooze lived.   The rolling hills and pastures are among my top running places.   The views never disappoint and I while I am always whipped after running out at the farm, I feel exhilarated. 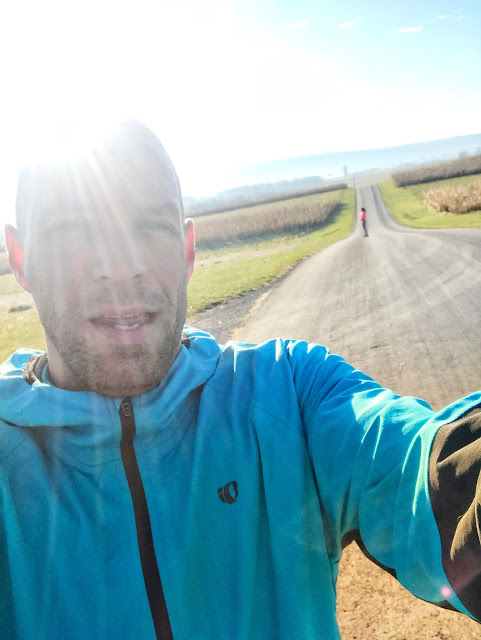 Then like that, our time in Pennsylvania was over and we're back to reality.  But running in Maine isn't all too bad.  I actually pretty much love living here and love running here. 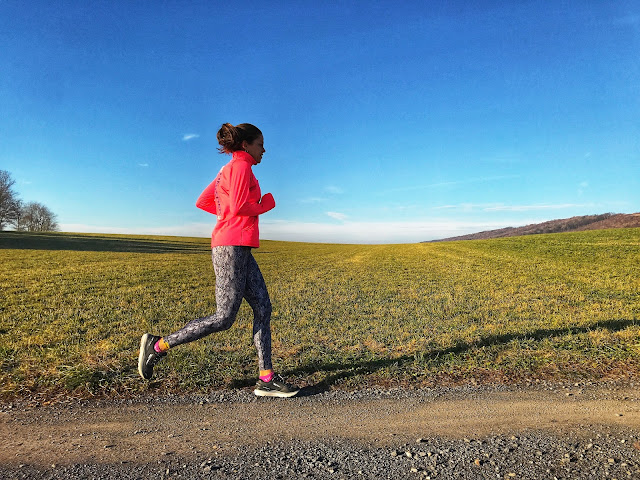 Did you travel over the break?   Get in any awesome runs? 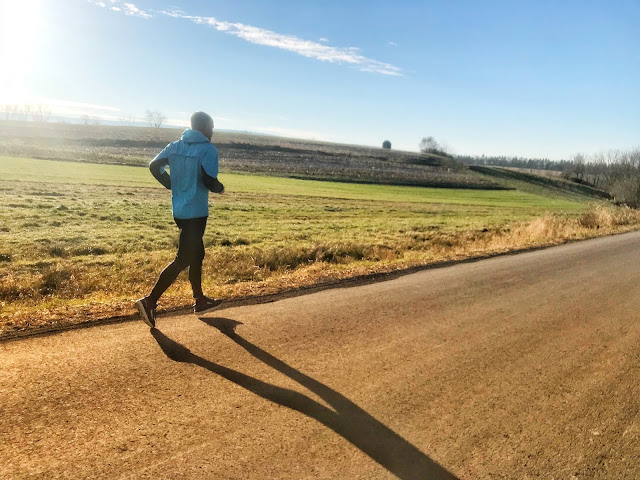