- July 31, 2018
Every year we get to July 31st and I sit here and wonder where the hell did summer go?  In less than 2 weeks preseason begins for fall sports.  For my family that means double sessions of soccer for Tucker and 1 session for me with coaching cross country. 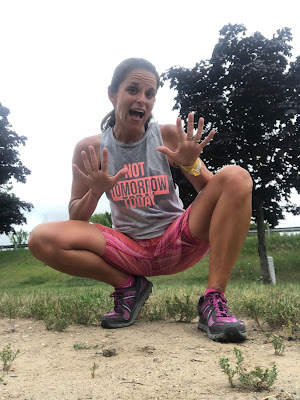 This month I only raced 1 time.  I had signed up for the Bradbury Series in April.  It's been on my bucket list for a long time because after you complete all three races (And I will complete them.  Even if I have to crawl to complete them) you get a Badass Hoodie.  It's seriously all about the hoodie. 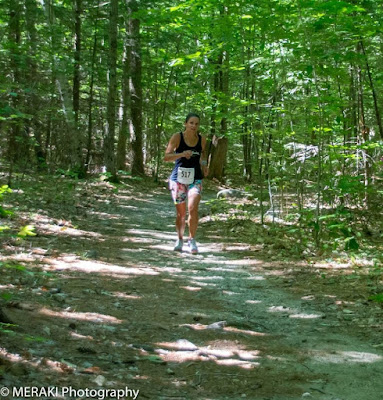 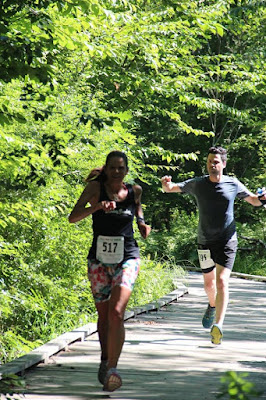 I didn't have anything to base my performance on which means automatic PR. Right?   The first race was a 6 mile trail race at Bradbury State Park.   It's called the Bradbury Scuffle.  I love the names!
I finished in 58:52.  Not a bad time at all for me.  I'll take it.  The next one is in 2 weeks and we apparently run up the mountain 2x.  If I tackled Mount Washington, I can tackle this one. 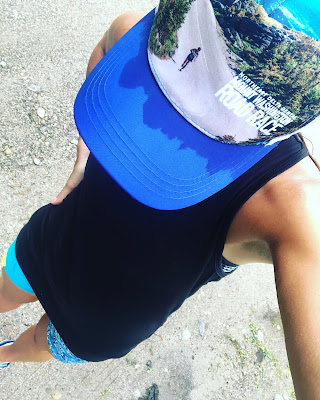 In addition to running Bradbury, I've been amping my training up quite a bit for the upcoming ultra in September.   Running when it's toasty and when it's super humid has had it's challenges.  BUT I'll take it over snow and ice any day of the week. 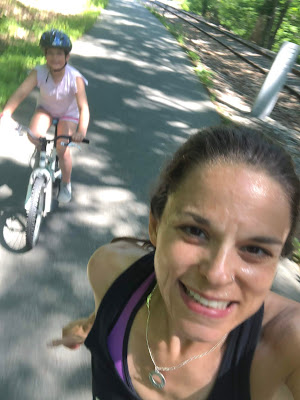 I am seriously loving that Izzy is wanting to ride her bike with me while I run.   Does anyone else have their kids ride their bikes while they run?   I tried it a few years back and she tried taking me out several times on a run so we took a bit of a break.  Now that she's 9, I think she's much better on the bike.  And she's learning to speak louder so I can actually hear her... so there's that. 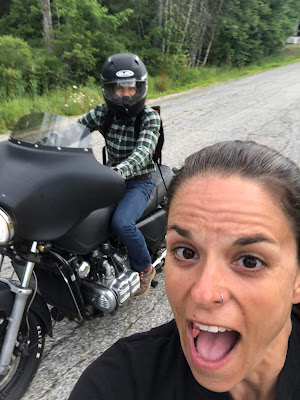 How did your July go?  What are you training for?  Do you run while your kiddo bikes?