I Highly Recommend It

- October 28, 2011
This past Sunday, Ward ran the inaugural Bond Brook 10-mile Trail Race in Augusta. I might just need to add that he came in 2nd place as well. Anyway, with him running the race and it being less than a month since I ran the marathon, I was more than happy to have the kids that day. We were going to simply go and cheer him on at the race, but I thought that I could actually volunteer as well! This was the first time I had ever volunteered for a race, and I must say that it was a rewarding experience.

When I contacted the race director regarding volunteering, I warned her that I would also have my kids with me. Karen was incredible and put me at the water/Gatorade station and asked me to bring my camera as well. That assignment sounded perfect!

When the kids and I arrived to the race, Karen and Leanne directed me to the drink station. The course was actually a loopy 5 mile course that the runners had to run through twice. The drink station was in a grassy section in the middle of the course, so we saw the racers start the race, three times in the middle, and then for the finish. What a perfect volunteer/spectator/picture taking situation to be in.

Shortly after I arrived, Jess showed up with her kids and her two nieces. Since my volunteer location was ideal for spectating, she and the kids joined me. The kids really wanted to help out, so we put the kids in charge of holding the cups out for the runners. It took a bit of training – getting them to spread out, turning their body sideways, holding their arms out, telling the runners what they were holding (water or Gatorade) – and then making sure that there was an assortment of drink choices out there and not everyone had Gatorade or water. The kids loved it and the runners loved it too!

I loved helping out in a race. I even received an awesome email from the Augusta Trails President:


From Race Director Karen Gross, myself, and the rest of the event organizing committee, thank you for all you did at Sunday's inaugural trail race at Bond Brook. The comments from racers have been outstanding. Please see the attached letter.


A great result and you were a big part of it.

I won’t insert the entire letter, but I will add the quote about the kids…

“The little kids at the water station were awesome, they did a very good
job holding the cups out and yelling whether they had water or Gatorade.”

They know how to make their volunteers feel good. That’s for sure. I am definitely going to have to make it a priority to volunteer for more races in the future. I’ve run plenty of other races and have enjoyed the benefits of awesome volunteers. 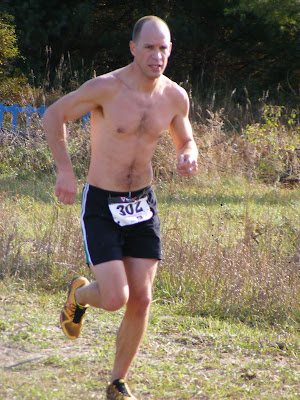 And I might just add that the directors are an incredible group of people.  I had a few weeks this past August/September of hanging out with them on Thursday nights, taking pictures of runners, and hanging with my kids during their 5k trail series.  Oh, and I have to add that their prizes just rocked!

Why shouldn’t I do my part and help out?

Have you volunteered for a race yet?