Ward: “You never even said, should we go to the race? Or asked if the roads were okay.  You’re only concern was  ‘What should I wear? These shoes?  What about these pants? Should I wear capris? Should I wear a thicker shirt?’”
Funny how I had completely made up my mind and that I was definitely going to run this race this morning even though I didn’t pre-register for the darn race.  You got it.  I’m just plain ol’ crazy. 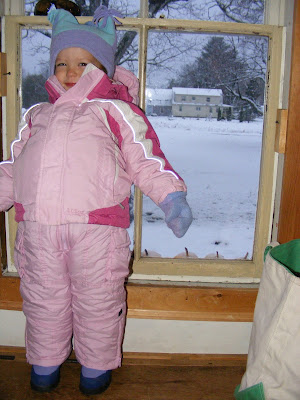 The sad part is that the debut 5kers – Tucker and my dad – did not run today.  They will someday.  I know it.
Yes, Maine got hit with a Nor’easter late last night and the snow continued on for some time this morning.  I think it ended sometime during the race, but I do remember some icy pellets hitting me in the face.   This is the earliest I remember getting snow in Maine.  I remember seeing snow flakes on Halloween night a few years, but never anything with accumulation.   Some of the other road races were rescheduled today, but not the Spooky 5k! 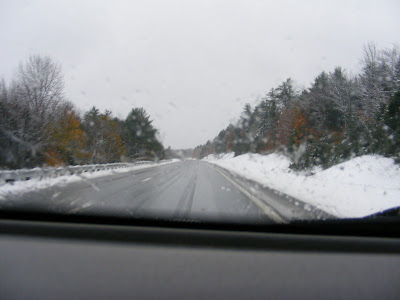 This was the 2nd year for the Spooky 5k in Freeport.  Last year, we ran it as well.  Ward and Wade ran with the girls in the joggers, Jill ran it and I did.  We had my mother-in-law come down and my dad to hang out with Tucker and Jackson while we ran.  The boys were thoroughly entertained because the race organizers had a jewels scattered on the ground for kids to pick up in a little graveyard and there was lots of candy.  But this year, unfortunately, the weather didn’t really allow for it.  The jewels were in a pumpkin by a tree and I think Izzy was the only kid to have gone through the bucket to get some jewels, because it was awfully full at the end of the race. 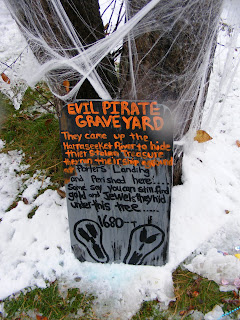 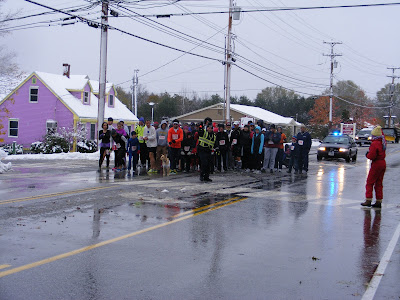 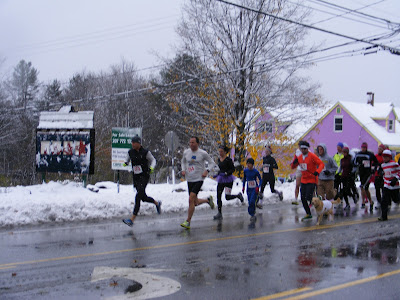 There were about 50 runners who came out and braved the weather this morning – I would call this group of runners hard core!
As the race director started with his speech before the start of the race, he let us know that none of the volunteers had shown up this morning, so to follow the signs.  I asked if it was the same course as last year and he said it was.  Thank goodness!
Shortly after that, we were lead around a huge puddle onto Rt. 1 in Freeport and the gun went off.  I took off with Wade and for a few moments, I was trying to keep up with him.  Silly me.  I looked at my Garmin and my pace was 6:10.  Holy crap – slow down!!!  I’ll never be able to keep that pace.   Then this young girl flew past me.  I never let her get out of my sight – not even once.  The roads were quite slick.  There were times I was sure I was going to fall on my rear, but I didn’t!  Somehow in between the puddles of freezing water and large amounts slush along the rush, I managed to keep that young speedy girl in my range AND come in 2nd place for women – with a time of 22:47 (7:21 pace).  Note: last year’s time: 23:43 & I came in 3rd place for women.   Almost a minute off of last year’s time on the same course.  Not a PR kind of day.  Well, for me at least. 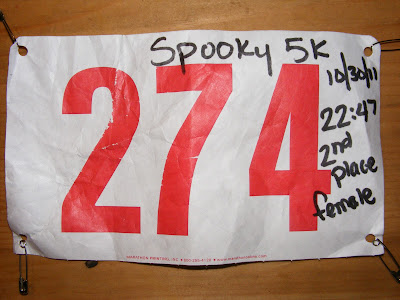 I guess I didn’t too badly, considering the 1st place woman was actually a 17 year old girl.  My word, I am double her age.  Man I’m getting old!

However, my sister-in-law, Jill, did PR today and took 1st for her age group.  AND my brother-in-law, Wade, took 2nd for men.

After we came home, the kids and I had to get outside and play in this super wet snow.  Heck, the sun was shining and the temps rose to 47 degrees, so we had to get out there! 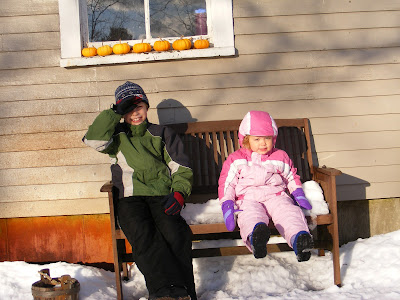 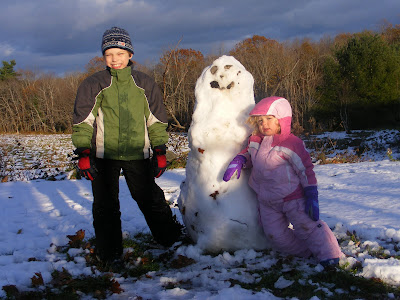 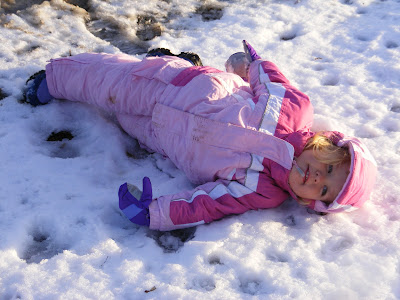