- November 25, 2012
This is going to be a little backward.  On Thanksgiving Day I ran 2 races.  One official 5k in the morning (post coming tomorrow) and then an after dinner "virtual" race with the husband.  I was completed wiped out after running the 5k in the morning and had just about decided I was not going to get in my 2nd run of the day until Ward woke up from his nap - yes, lucky him, and he asked "wanna go for a run" and my response was "okay".  He completely twisted my arm.  Can't you tell?

We were still at my in-laws house and the kids were having fun with their grandparents, so this was also a date run and my virtual race for Kiley at Daily Vitamin F's Thanksgiving Race.  We don't get many of those.  It was absolutely freezing and the capris I had packed weren't going to cut it, so I decided to wear my compression socks on the run. 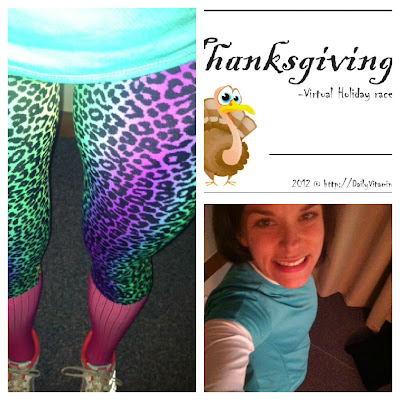 Ward and I ran around Brunswick and Topsham and had a great time talking. Something we don't get to do a lot of either with his crazy work schedule lately.  We even found a new little paved path in Topsham.  Even in the dark we knew it was a great little place.  Maybe someday we'll return there in the daylight.  We also ran across a little foot bridge.  It was so cool running over the river at night and seeing the lights of the fort and the town from where we were.  I tried to take a picture, but it didn't come out very well. 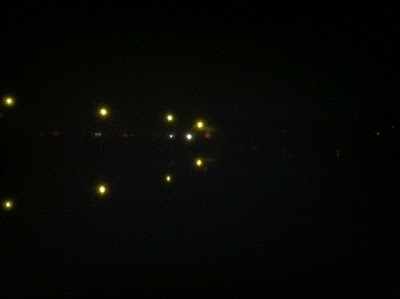 In all, our date night run was 6 miles in 50:54 and full of incredible conversations with my husband.
daily vitamin f date run running with husband thankgiving virtual run