- March 19, 2013
I didn't go anywhere.  I wish.  But I've had a fever since Friday and my last run was Friday morning.  I was scheduled to run 7 easy miles and I was only able to manage 5 painful, dizzy, miles.   I felt off for the rest of the day, I thought perhaps I was feeling off maybe due to the excitement of getting into those awesome races.  But Friday night it finally dawned on me that I felt flush and had been feeling rather flush all day.  So I took my temperature and that darned thermometer read 102F!  Grrrrr.....

Because I am getting better at listening to my body, I heard it loud and clear with a temp, so I didn't run on Saturday or Sunday.  I rested, took care of myself, hydrated, ate, took medicine, but yet my temp stayed between 101 and 102.  I stayed home from school yesterday, and still didn't feel better.

Today, Maine got hit by a snow storm which meant a bonus day off for me and the rest of the state.  But by 10 am, I was feeling awesome and dying to get in a run.  I wasn't about to run out in the snow storm because the wind was quite brutal and I wasn't about to get ice pellets in the eyes again.  So, I made, sweet talked Ward, into joining me at the gym for a short run.  He made me promise I wouldn't go crazy on my first day back.  So we agreed on 3 miles. 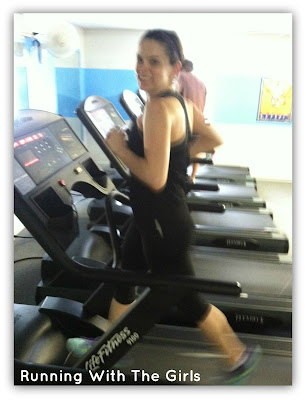 3 miles felt perfect.  I wanted to continue to run but I knew it wouldn't be in my best interest knowing I was just getting back to my normal self.

also need to mention - my new Mizuno Wave Evo Cursoris came on Saturday and it took all the strength I had to not go out for a run in them.  Of course I've worn them every single day since them, just walking around and dreaming about what it would be like to run in them.  Today I lived that dream.  They felt fabulous.  So soft and cushy, more cushioning that I ever imagined being in a super lightweight, zero drop shoe.  They definitely made a great first impression.  I plan on getting in many more runs in these shoes.

I am a little sad that I missed on some training runs, but in the grand scheme of things, missing 3 days isn't going to be detrimental to my race.  In reality, if I had pushed myself to do those runs, I would have done more damage and I'd probably still be sick. 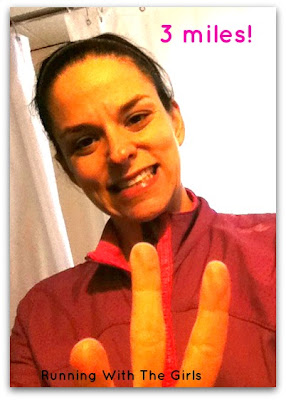 On the funny side, as we arrived in the parking lot to the gym, Ward realized he had forgotten his running shoes at home.  He was wearing huge winter boots, so running in those was not going to happen.  I suggested he go back home and get his shoes, but he refused.  He found his old (probably 7 year old) Crocs in the back of the car.  And because I told him he was silly for thinking he could run in them, he felt the need to prove me wrong.  He asked Ron at the gym for some rubber bands and got creative.


What is the craziest footwear you've ever worn to run in?  I don't think I could ever run in Crocs.
fever healing mizuno sick taking it easy training runs treadmill Wave Evo Cursoris