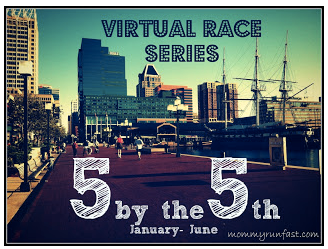 Laura at Mommy Run Fast has an ongoing Virtual Race Series.  The requirements are quite simple - run (at least) 5 miles by the 5th of the month and submit your entry.  There are some great prizes as well.  Since I run almost everyday, I knew this would be the perfect virtual series for me.  However, the Hanson Marathon plan I'm using rarely has any runs that are 5 miles.  Thursday's plan called for 10 miles, 6 @ speed.  I also planned on running another virtual race on Thursday, so I thought I'd put them together and have awesome, virtual race day. 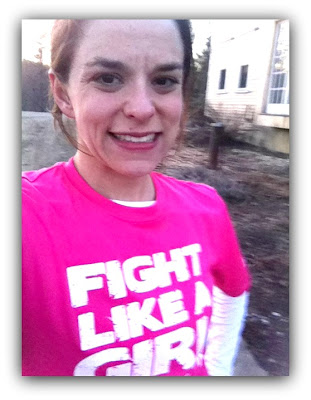 My friend Amy has a co-worker, Jeanne, who is fighting against breast cancer.  Amy and her friends organized a virtual race to raise funds to support Jeanne.  I hate cancer more than anything so it took me a half a second to sign up for the race.  The runners even got some awesome shirts, so now I have a kick ass shirt too.

Thursday's 10 miles had to be split into two runs, due to kid schedules and dinner, so I made the most of the time I had. I decided to do my speed 6 miles first (didn't want dinner in my tummy for the speed part).  Then after dinner, I finished up with 4 recovery miles.  And I wore that kick ass shirt for both runs.  Needless to say, it was a bit stinky when all was said and done. 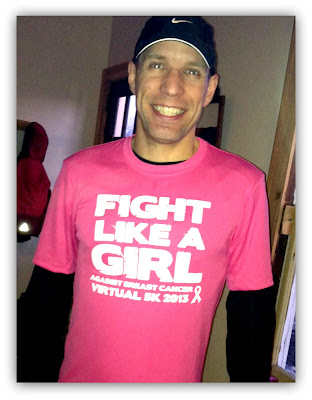 Then Ward told me to hand it over when he was on his way out for his 12 miler that night.   Not only did we look awesome when running - we both ran for Jeanne.  While we have never met her, we want you to know that you are one strong woman. 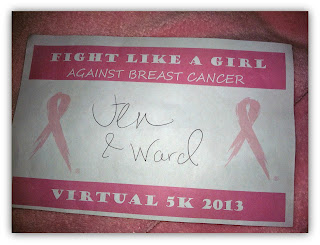