The Foot, Oh The Foot!

The long story:
A few weeks back we went paddle boarding. 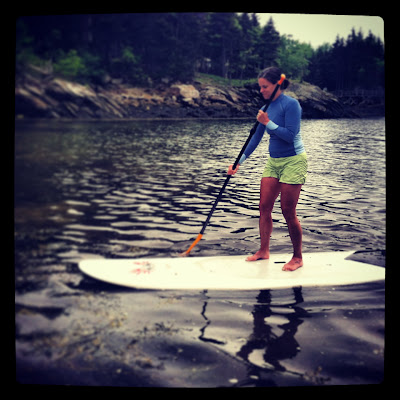 I lost my balance and fell off the paddle board and as luck has it, I landed on a huge rock, with my heel.  Awesome.  I kept running.  At first it didn't hurt.  I complained to my chiro when I saw her and she adjusted me, but it wasn't working.  Then I aborted a long run - supposed to be 20+ but stopped at 7.5 miles and called Ward to rescue me.  I continued to run.  Sometimes achy, sometimes pain free.  Then I complained to my chiro again and she said it was time to see a physical therapist.  I continued to run.  Again, sometimes achy, sometimes pain free.   This past Saturday I ran 12 miles mostly pain free (except for weird twinges along my 3rd and 4th metatarsals).  Then Sunday, I ran 1 miles on the treadmill and those twinges turned into pain, so I stopped running and just walked.  Then biked.  Then sulked. 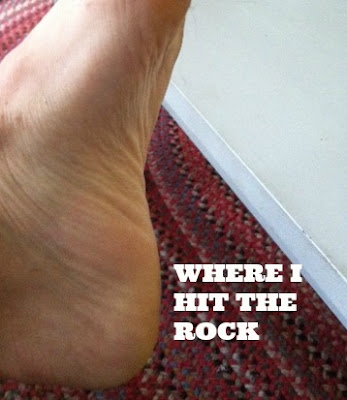 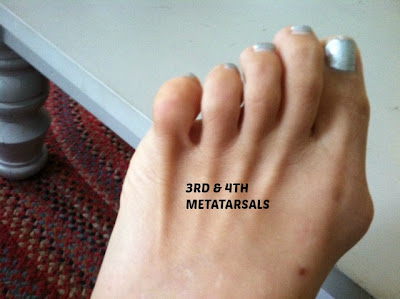 Monday morning I called the PT and they had an opening - so I went right in.  I had the kids and it was a super long appointment.  This is what I saw when I finally came out of my appointment. 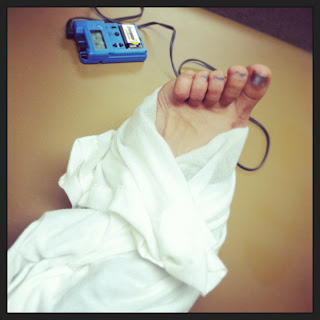 During my appointment, my PT confirmed it was definitely the blow to the heel that trigged all of this fun stuff.  She said I have Plantar Fasciitis and NO running!  Bummer, but I want to be healed, so I agreed.  She said we were going to be aggressive about therapy and wanted me to come in 3x a week.  I offered 5x, but she said that it was overkill. At least I'm ambitious!


Later that night, Jill and I ventured down to Freeport for some yoga love with Terry at Freeport Yoga Co.  The class we took was called Yoga for Athletes - especially designed for athletes.  Terry was amazing, as always.  She checked in with all of the class members prior to class for what was ailing them.  Then geared her class towards our needs.   The class was amazing and I felt awesome afterwards.  She had us do more foam rolling.  YES!  And gave us "homework" which I am happily doing.  I even came home and ordered a denser foam roller just like the ones she has in her studio.

In the mean time, I was chatting with Jamie, a super speedy FB buddy, who is also running GCI on the 27th, and she recommended seeing Bob, a highly regarded Athletic Trainer.  Of course I had to see Bob!  So I scheduled an appointment right away.

I had my appointment with Bob today.  This guy was amazing!  I had a one hour appointment that covered all the bases - shoe analysis, gait analysis, and discussion of my PF/injuries, analysis of my feet in general.  Bob told me I had "very interesting feet" and that he was surprised I hadn't been injured before, especially with my high arches and issues with my 3rd and 4th metatarsals.  He said I was risk for developing neuromas in my left foot. 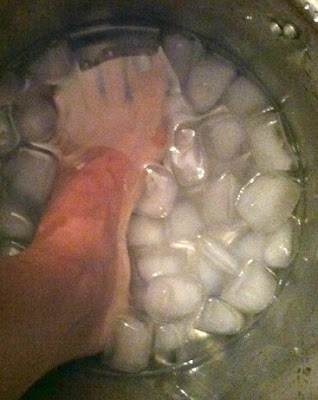 He agreed with all of the treatments my physical therapist is doing right now.  He also suggested putting my foot in an ice bath rather than icing it. 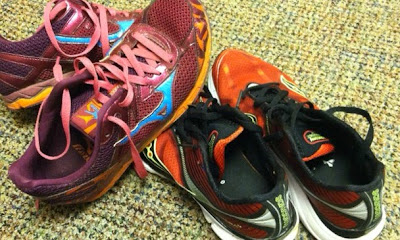 Bob checked out my shoes and my wear patterns.  He noted that I heal strike and have lots of mid foot strike as well.  He also made me a custom orthotic with more arch support and metatarsal padding, to help my toes stay down more while I run, rather than flare up like they tend to do. 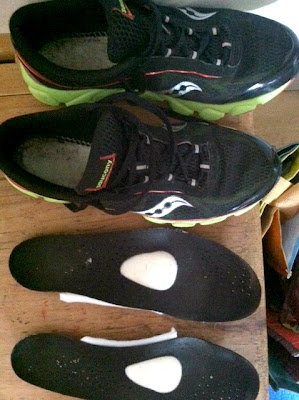 Bob gave me hope that I will at least be able to complete GCI given the therapy, rest, changes to my gait, and new custom orthotics.   He suggested that I try a long(ish) run sometime next week, and do a run/walk combo.  I am excited for this and cannot wait!  Until then, my butt is going to be training on this: 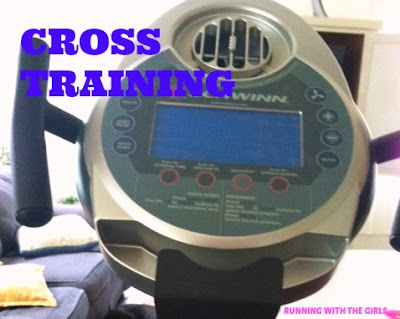 Oh, and I am still going to be doing Dirty Girl this Saturday, with my girl, Stacy.  That's going to be a blast!!!