- February 20, 2014
Probably the worst thing to tell a runner, other than they are injured, is that they are allergic to running.  Sounds a little funny doesn't it?  I mean seriously?  How can someone be allergic to exercise?

8 years ago Jen would have been pumped to hear those words.  But this Jen isn't so pleased. 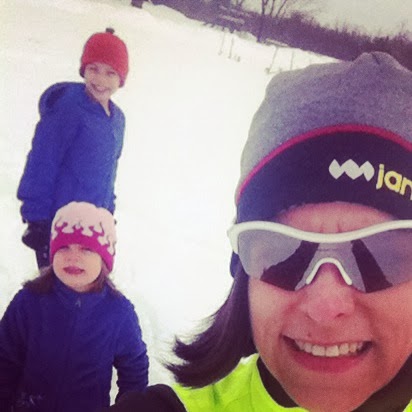 So, let's back it up a bit.  You may or may not have read my post this past Sunday.  After my post, I was tweeted by Sarah and then Mary.

Mary's story/symptoms are the exact same - except she had a more severe attack.  I felt incredibly relieved I wasn't alone in this.  Another runner has been living this craziness...and she's still running and kicking butt.  Something I was planning on doing anyway.   We've exchanged some emails and she's been super supportive and answered so many questions I had.  Thank you so much, Mary!

Let's recap my symptoms:
- this all started in August
- within a few minutes after completing a run, my eyes lids and below eyes would swell
- sometimes my throat would close up
- I would feel feverish
- the swelling would last for at least 24 hours
- happened after running inside/outside - only after running

What I did/have been doing:
- wash face in cold water/shower/use ice packs/eye wash/allergy drops
- Benadryl
- since the swelling lasted for about 24 hours and I couldn't exactly wear sunglasses at school (I am a teacher) - I wore my reading glasses all day long (which I haven't worn for years, but I was desperate.  It was either that or call in sick.)

And then it lead to me taking antihistamines prior to every single run for the past 2 months because I was tired of reactions and fearful of how bad it could get.  This worked for the most part.  Since taking the antihistamines, I've had one reaction and I believe I had that reaction because I took the pills only 20 minutes prior to running which perhaps wasn't enough time for my body to absorb it.

Doctor's visits.
- I spoke with my prior primary care physician and he told me to stop running.
- I stopped seeing him and found another doctor.
- The new doctor listened to my symptoms and even though she probably thought I was on crack, she didn't tell me I was crazy and instead referred me to see an Asthma and Allergy Specialist.
- Yesterday I saw the Asthma and Allergy Specialist.  It must have been meant to be.  When I was checking in, I saw this on the wall. 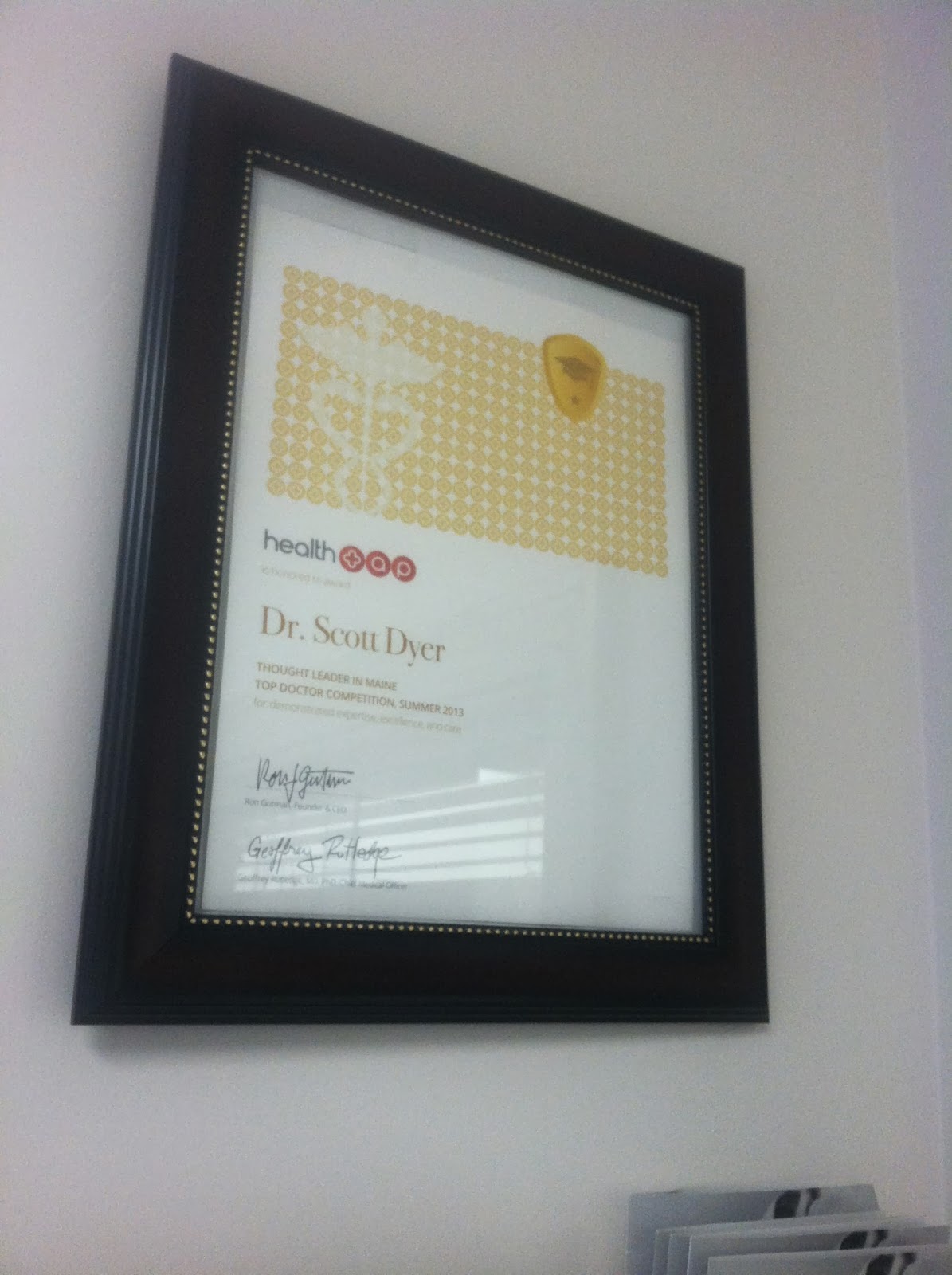 - Tuesday I was accepted to be part of the Health Tap team.  Obviously not as a doctor, but as a fitness enthusiast.
- I met with the doctor.  He assessed my asthma and said I was managing it well and then listened to my allergy symptoms.  Without batting an eye, he said I had Exercise Induced Anaphylaxis.   He said it may or may not be related to food and wanted to rule that out and ordered a food allergy test.  Just as the nurse finished marking my arms, she asked if I had any antihistamines in the past day and I said yes.  I had told her earlier when I checked in that I had but she had forgotten.  She said she had to check with the doctor.  Within a few moments she was back and said I would need to come back for the test and would need to be antihistamine free for at least 5 days.  Doable.  Not the end of the world, I suppose. 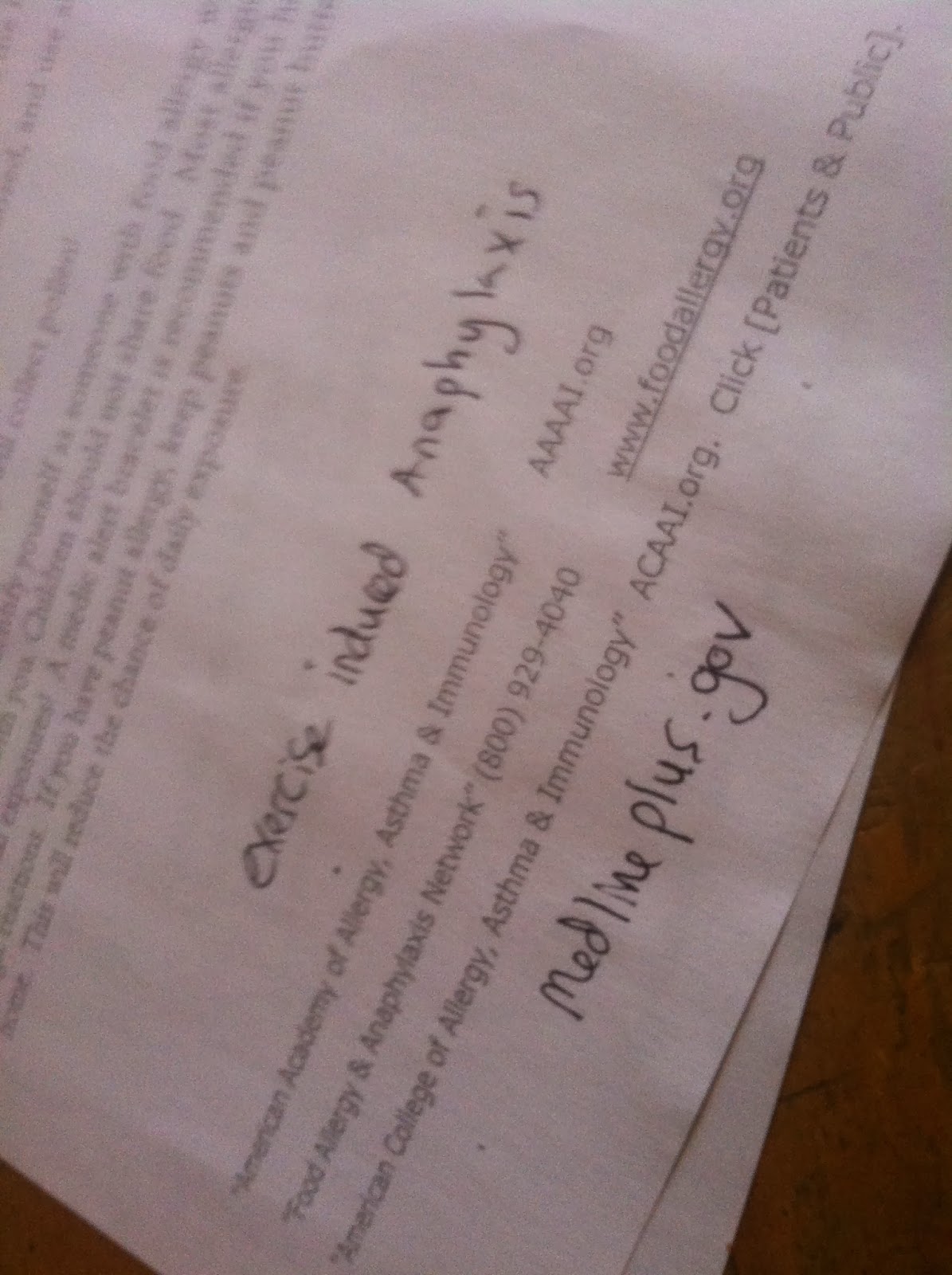 - The doctor came back in and explained what the nurse had just said and before I could even ask about running - he suggested I run in the morning before I eat or wait at least 4-6 hours after eating before I run and no antihistamines.   Phew....at least he didn't say don't run!   I can handle this news.  I asked him about an epipen and he said we should hold off for now, but it's definitely a possibility.

So there you have it folks.  At least I have a diagnosis and a plan of action.  News I can handle.  And you know what?  I feel even more determined.