- April 14, 2014
Yesterday morning I had plans to run with my bff, Stacy.  She's training for Sugarloaf Marathon  in May.  I'm not.  But, I like to run with her when I can.  Which hasn't been a lot lately.   She had 14 miles scheduled and I could actually fit it in after my morning commitments.  But then her daughter got sick and she had to change her plans.

So, when I got home from taking photos at a race, I changed and told Ward I was going for my run.  He asked his normal questions.  How far?  Where are you going?  I said 14 and to the rail trail and back.  He suggested a different route closer to the house that I haven't done in a long time and I thought, why not?

So off I went.  For my 14 miler.  In the freezing cold rain, with crazy wind.   After 3 miles, I remembered why I don't do that loop a lot.  Someone put freaking mountains along that route.  I might be exaggerating a little bit here.   But they are some pretty significant hills.

No worries.  I always need some hill training.  I'm never going to love them, but they will make me stronger.  So this run definitely was going to make me stronger.  After the third little mountain, about mile 5, I started thinking, as the winds picked up even more.  Wow, another 9.  Ugh.  This really sucks.  Oh wait!  I'm NOT training for a marathon!  Hmmm......  I'm going going home.  For a hot shower.  For a hot coffee.  Yep.  That's what I'm doing.  So, when I got to my road, I turned and went home.  So, yes.  I bailed.   And I think it was a great idea.

But hey!  It's not like I've been slacking in the training department.  Here's my week in review: 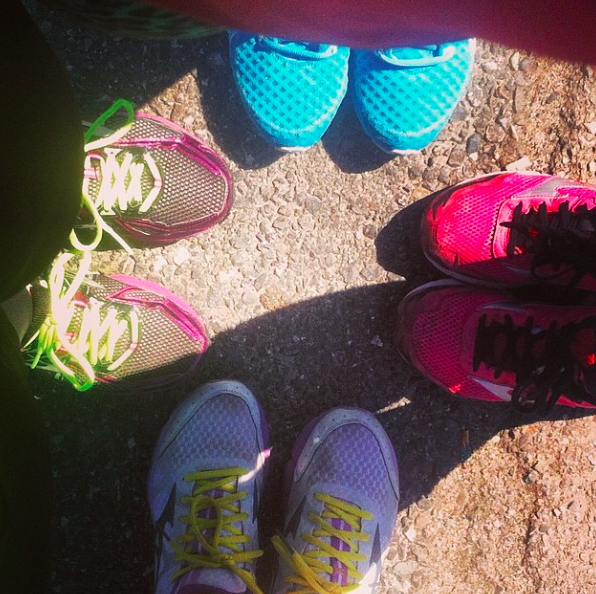 Monday
3 miles.  And planking.  Actually, I've been planking all week.  All month.  But I don't have a running pic for Monday, so you get to look at me in my Spandits doing a side plank. 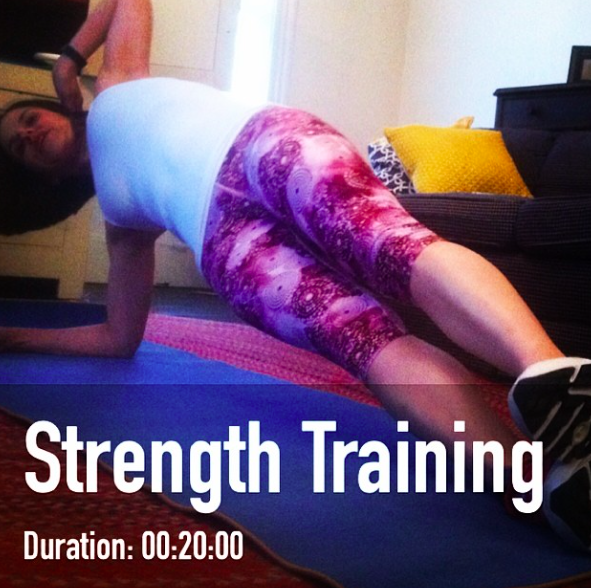 Tuesday
4 miles.  With Pepper!  Poor dog.  She was exhausted after this run! 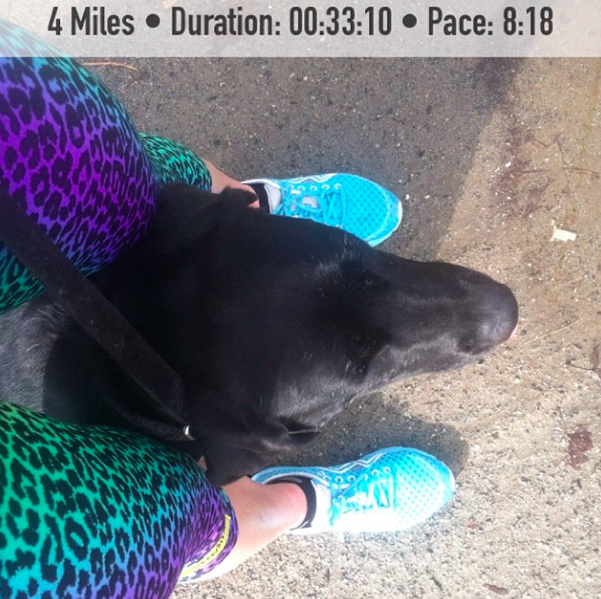 Wednesday
3 miles.  Home.  Uphill.  The whole way.  From Tucker's conference.
I wanted to go further, earlier in the day while Izzy was at dance.  Just as I dropped her off, Ward called and asked me to pick him up because the brakes were gone in his truck.  I had this little dilemma.  Go for my run or get the husband.  Ugh.  Get the husband.  So, off I went to pick him up.  Which meant my run would be after Tucker's conference.  I was able to squeeze in 3 before it got too dark for my comfort level. 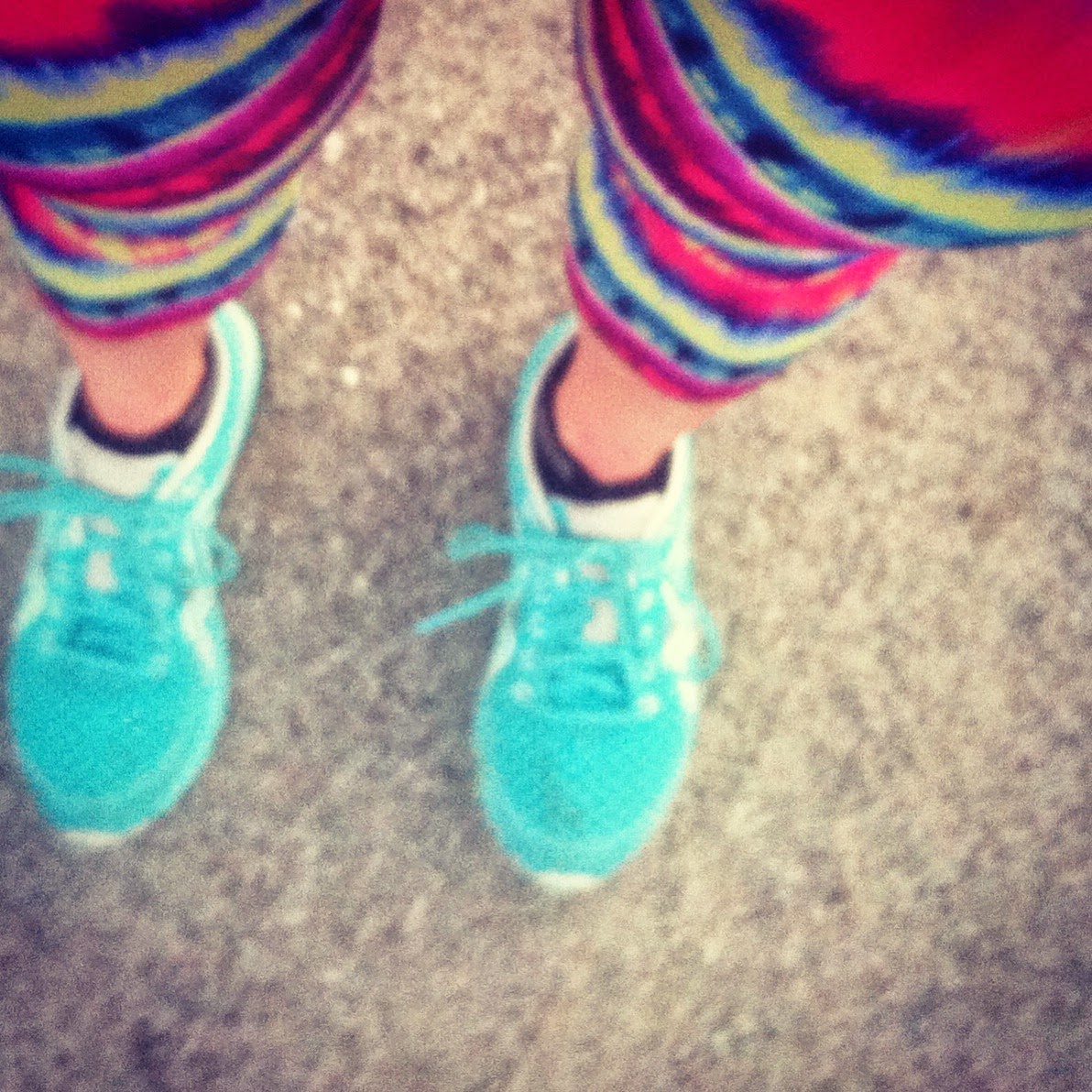 Thursday
3.1 miles.  Got home just as the bus dropped off the boys! 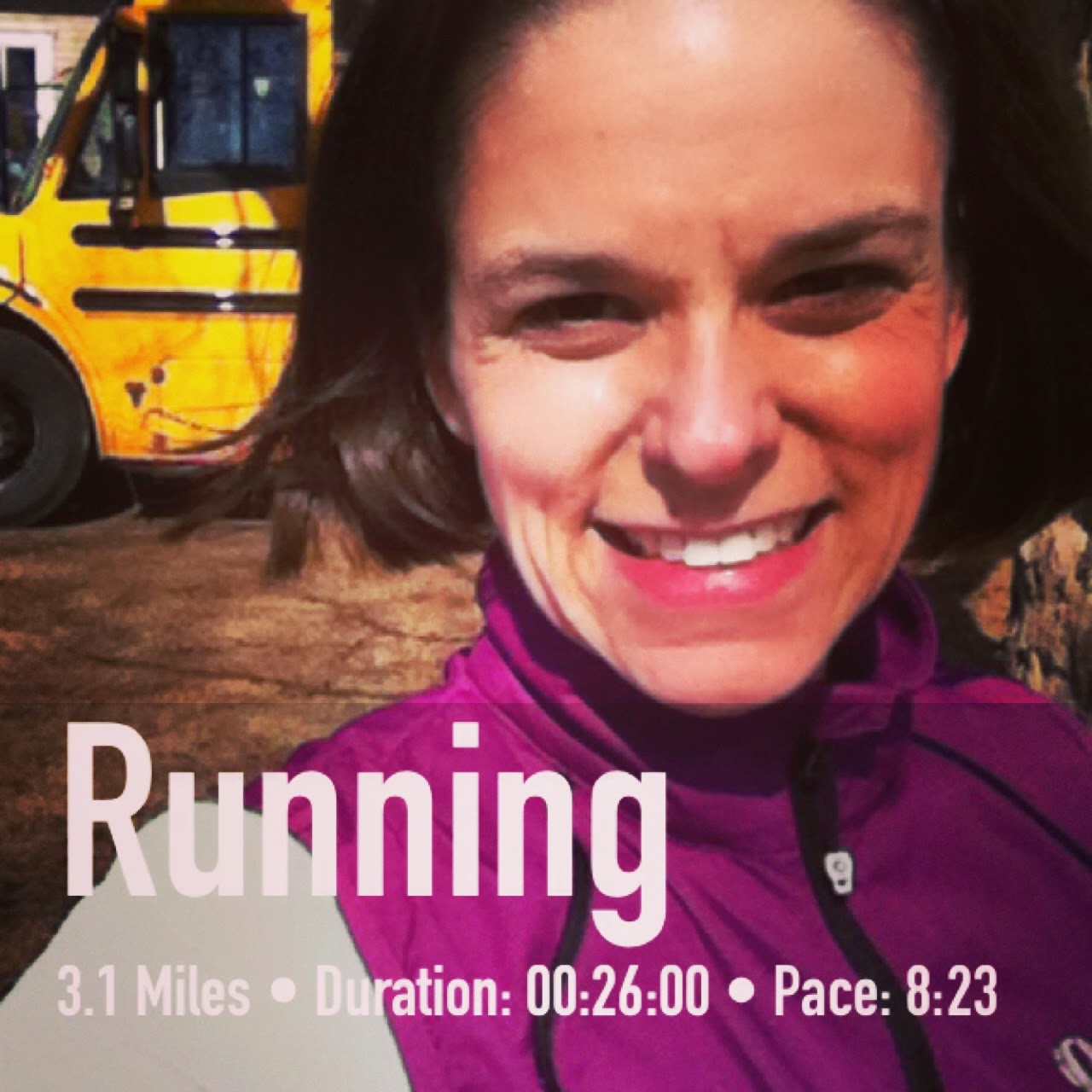 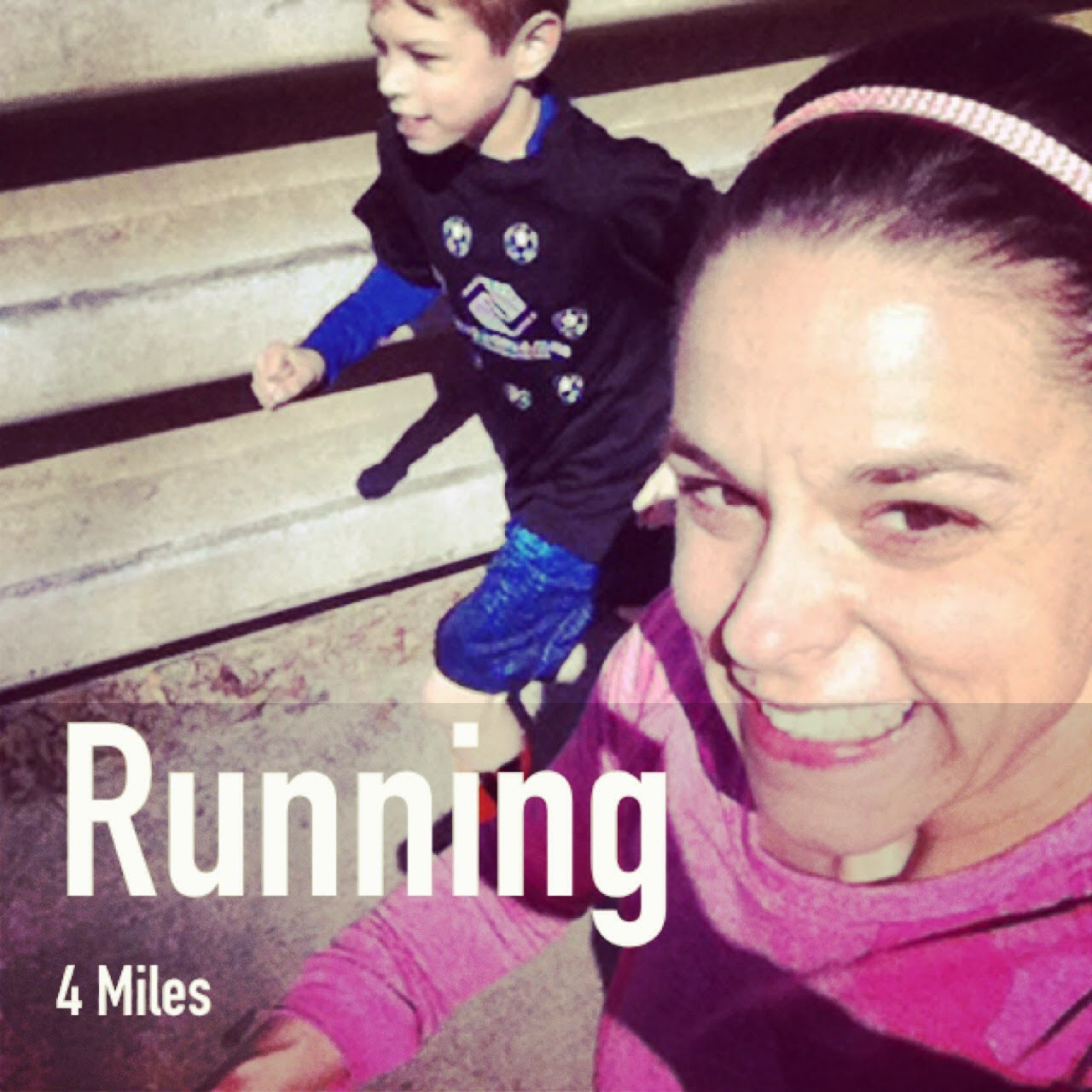 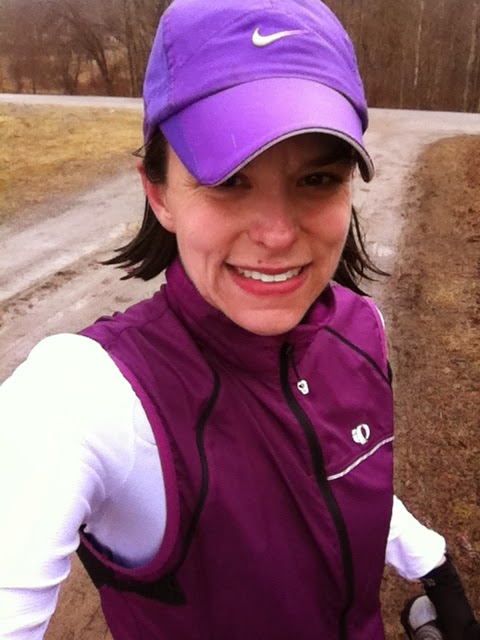 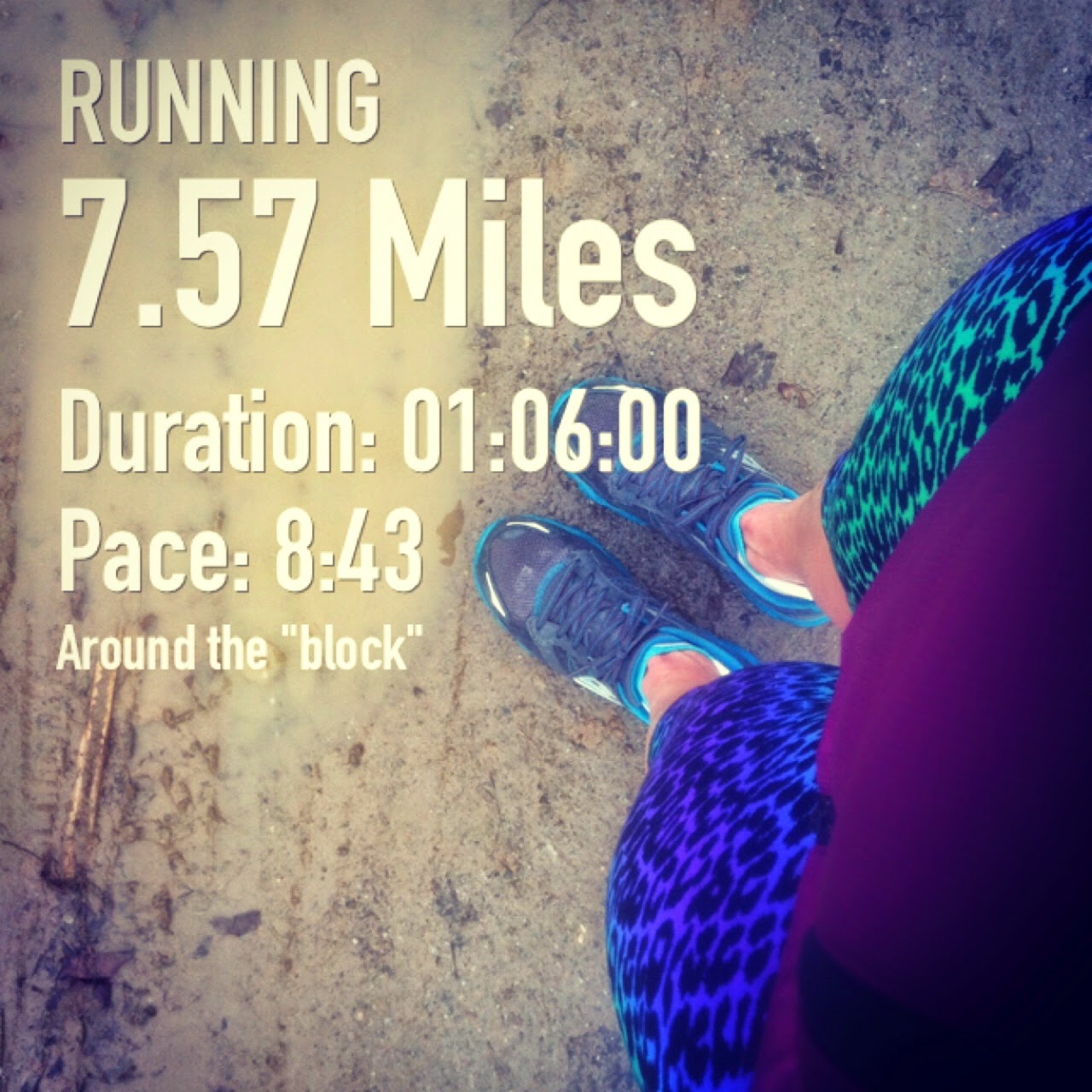 April total: 60.52.  Not really slacking.  PLUS, I have a long run planned with Stacy and Jill next weekend.   Poor Carrie has to work.

Plus, I've been planking everyday.  I even had a plank off in my class on Friday morning.  I won at 1:30.   They were not impressed they lost to me.  We actually turned it into a great math activity afterwards.    I had to related it to math some how!
#bestfoot Maine running Spandits training