- July 26, 2014
Let's talk about heat training!  This summer has been full of it.  It's taken me a while to get used to it, but I think I'm getting it and starting to push myself a little harder when it gets more and more humid!

Earlier in the day - I was at our summer track meet.  So hot!  But this time I was much much better at keeping hydrated! 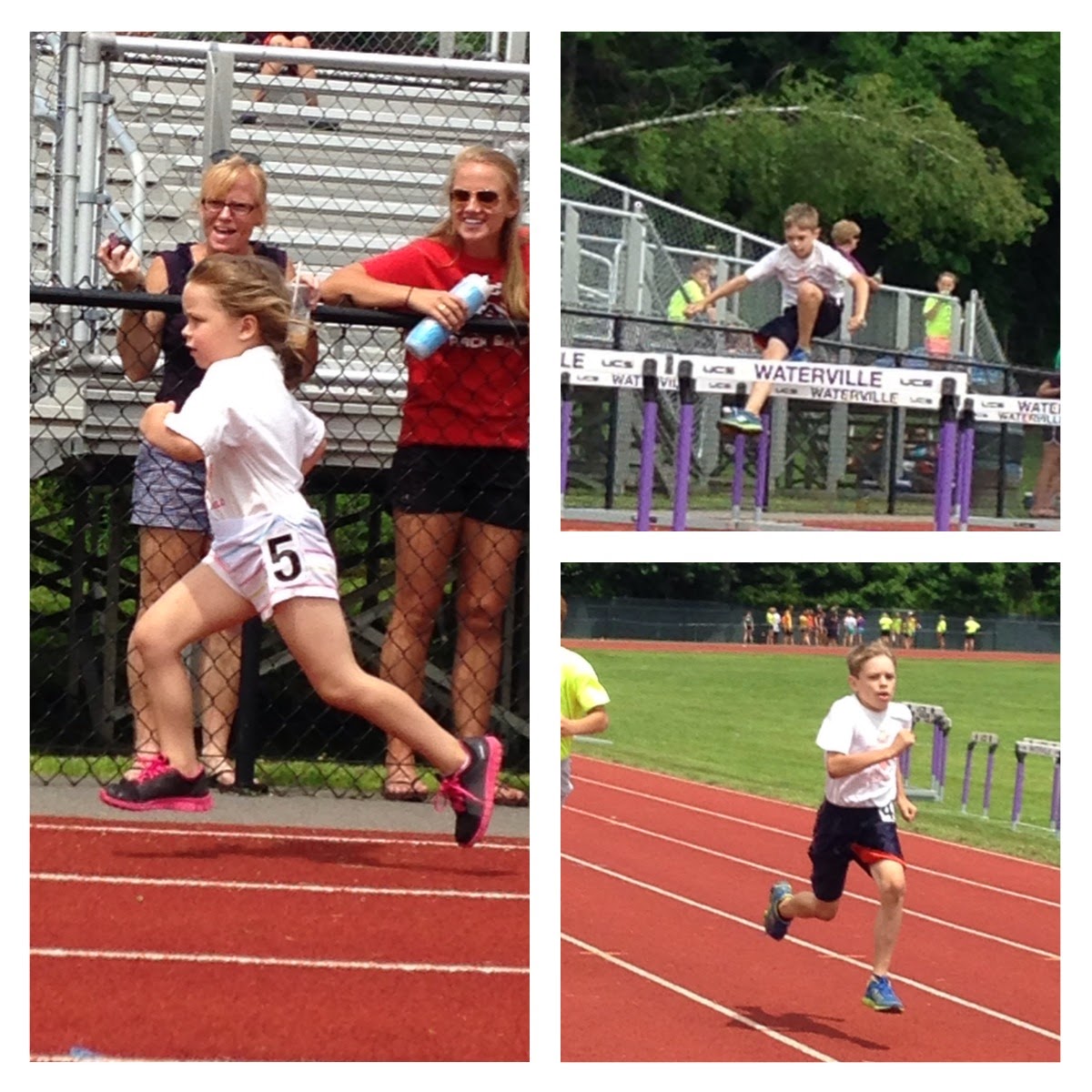 Last Thursday was race #2 for the Bond Brook Race series.  It was quite hot and humid.  I passed quite a few on the trail with them commenting on how much more humid it was this week and I agreed, full heartedly.

I asked Tucker to take some pics of me with his phone.....the sweet kiddo was in the woods and snapped this one and then a few at the finish.  Such a great photographer! 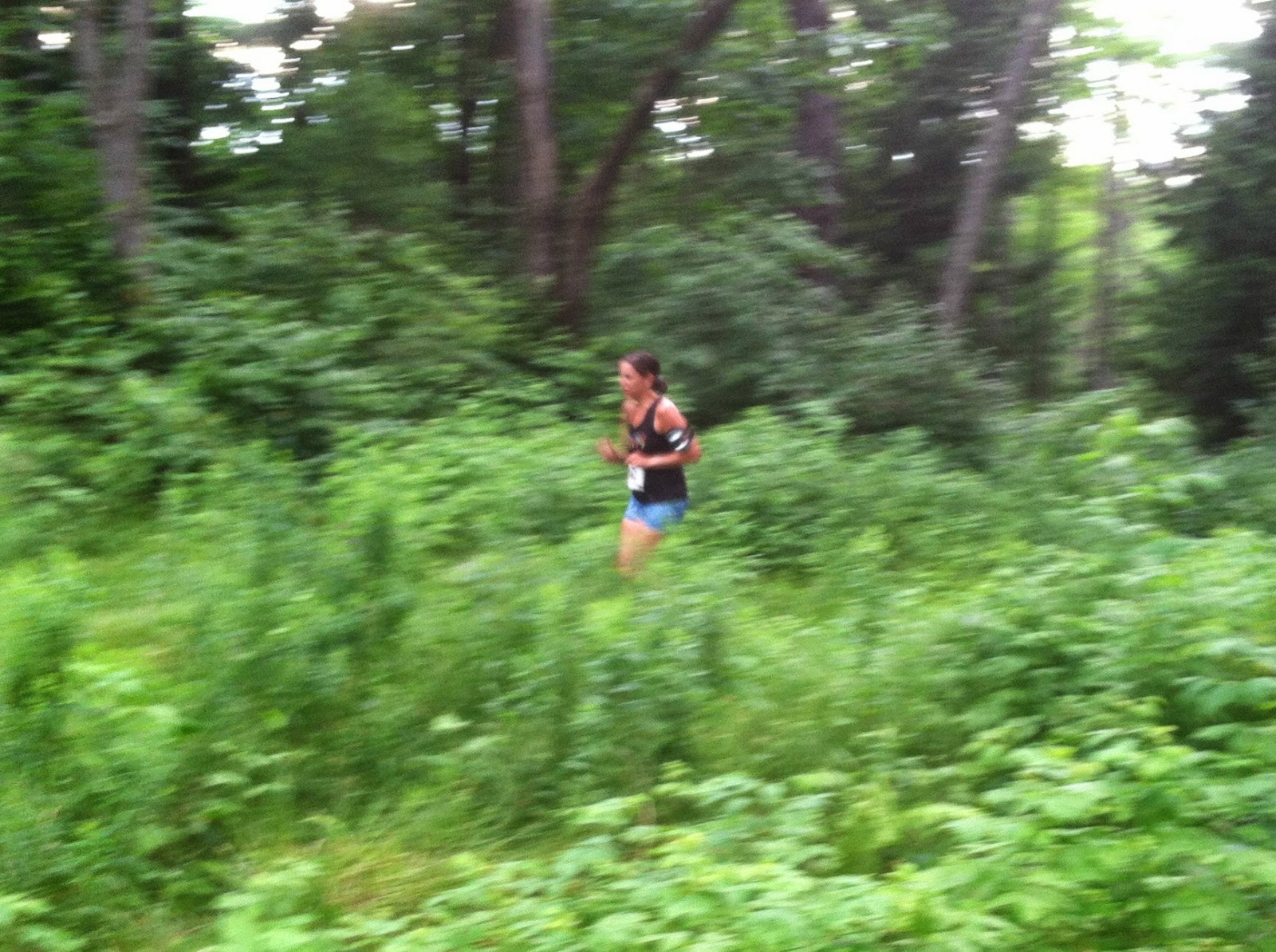 Actually, this is a photo from the first race - but I wore the same exact outfit (minus the headband - which I really should have brought!!!).    I just want you to see the steep mountain we had to climb at the end.   Of course I was wearing my Spandits! 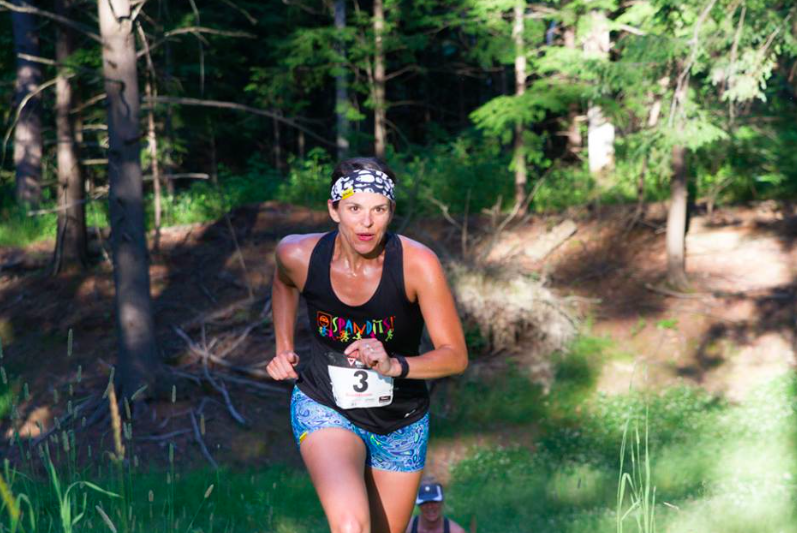 I saw Ward, as he was making his way along the trail after he had finished, just before the mountain and he thought it was helpful to yell at me and say "run that hill".  What the heck did he think I was doing out here the entire time?  Skipping?  Ugh. Men! 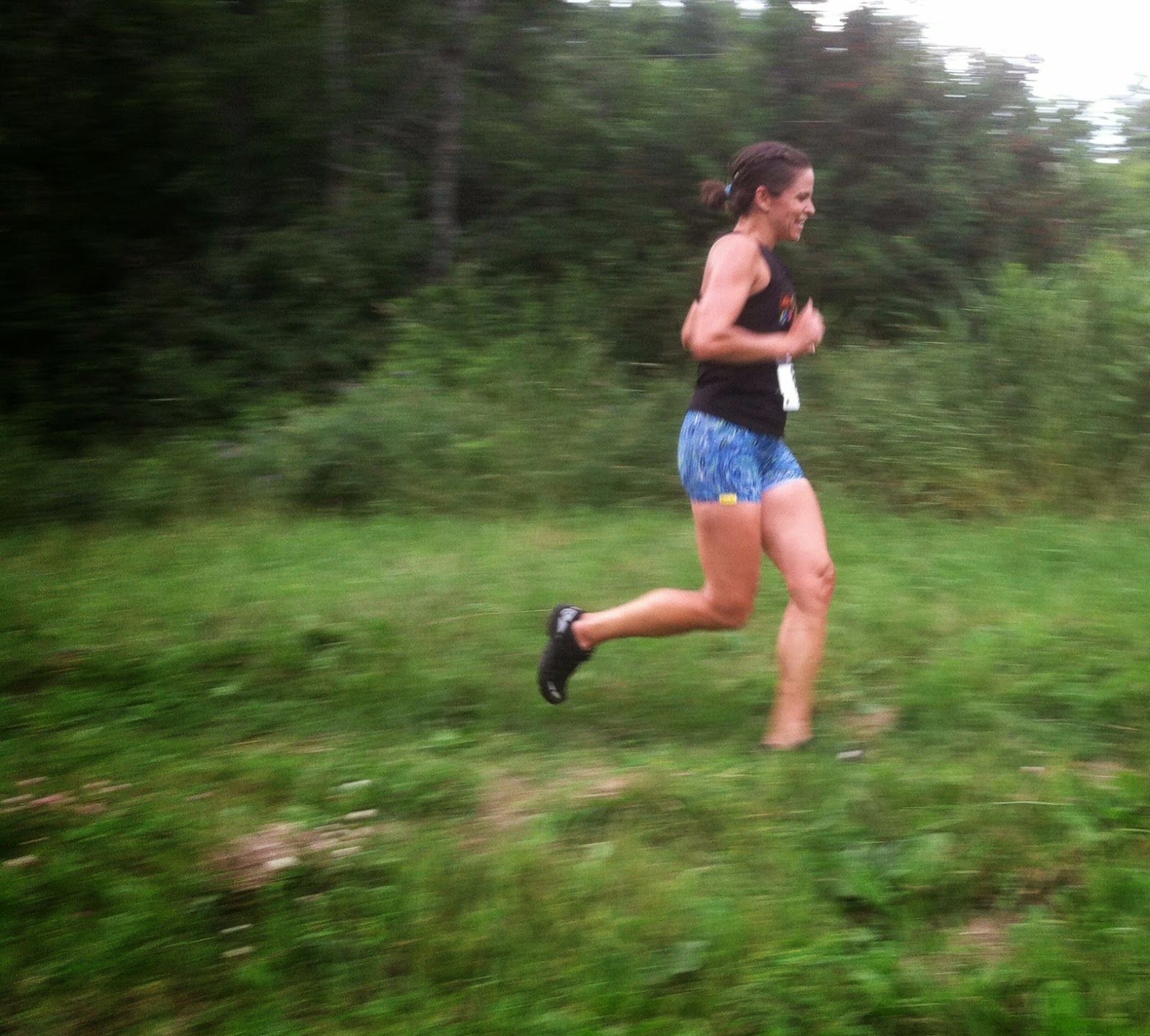 Check out those shoes I'm wearing???  If you can't tell - they are the Topo Athletic shoes!  They rocked on the trails.  Really amazing through the mud, the slippery rocks, grass.  I have found my trail shoe! 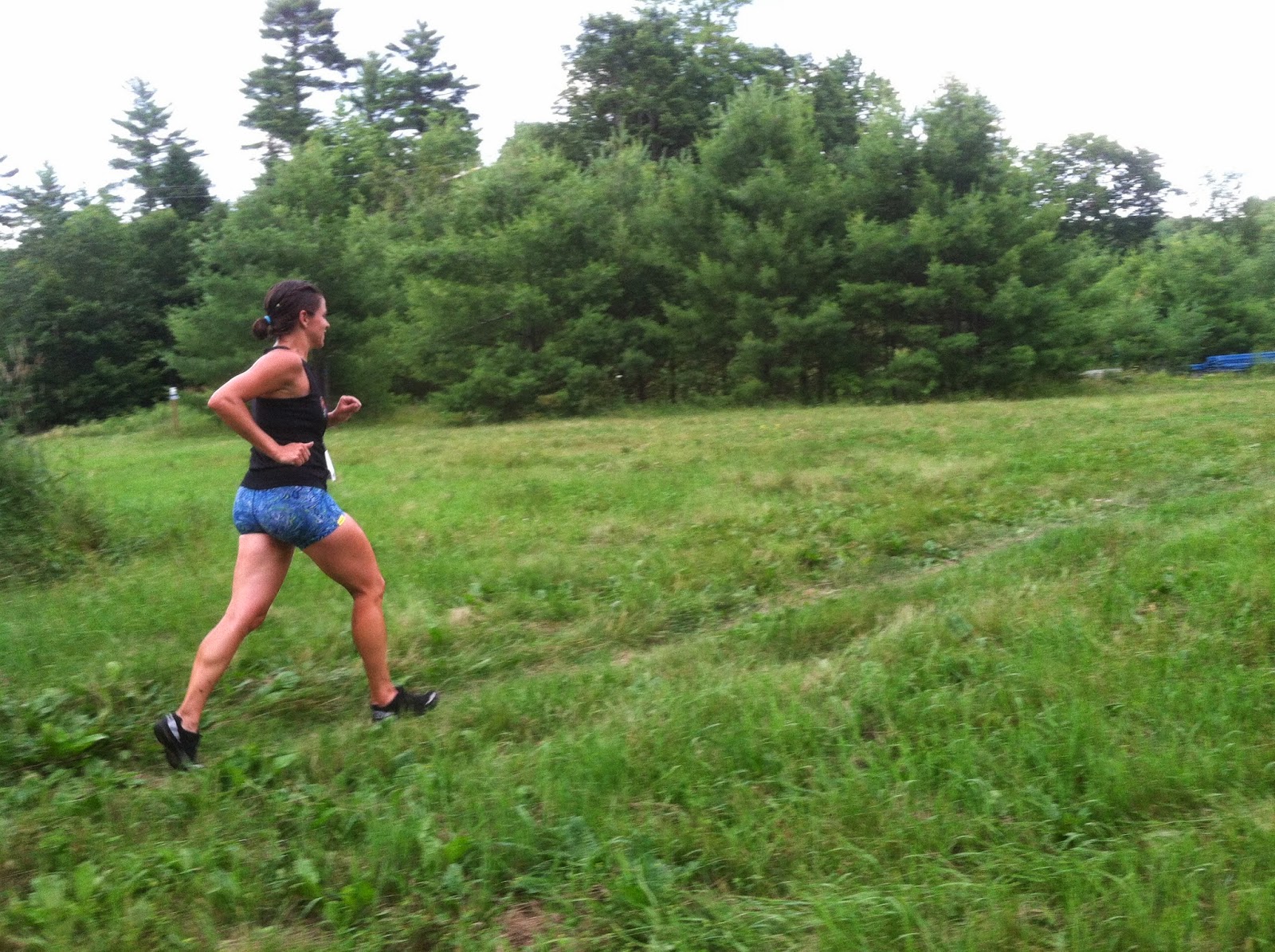 Anyway, I took that hill on.  Again.  And this time, I shaved more time off.  Maybe, sometime this summer, I'll get a sub 30.

It just won't be the next race because I'll be sitting that one out.  It's 2 days prior to Beach to Beacon and I want some fresh legs.  Perhaps I'll be able to keep up with Meb.  Ha ha.  I know, no way!