My Beach to Beacon Race Recap

- August 25, 2016
I don't know how many times I have run this race.  A lot.  How about that?   It's only the biggest road race in Maine with the nearly 6500 runners in the small town of Cape Elizabeth.   I seriously have a love/hate relationship with it.


I love the course.  The views are amazing.  The fans are pretty great too!  The finish ends at my mom's favorite lighthouse of all times. 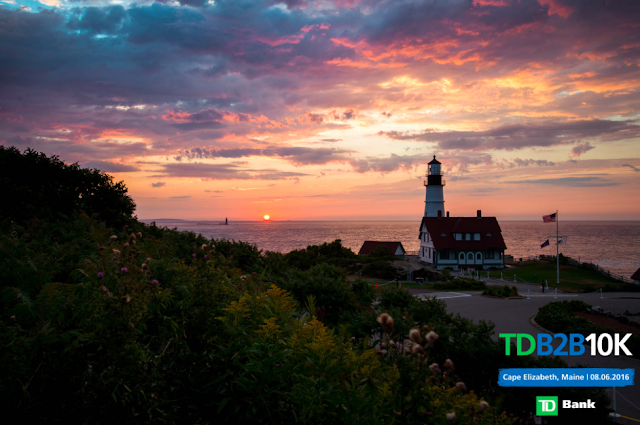 I've been praying for rain for this race for years.   It's probably never going to happen.  But I can keep trying, right?   It's usually a hot and humid day.  This year, it wasn't as hot, but it was definitely rather humid.   BUT there was actually a breeze a few times along the course.  So, I am guessing that's a plus? 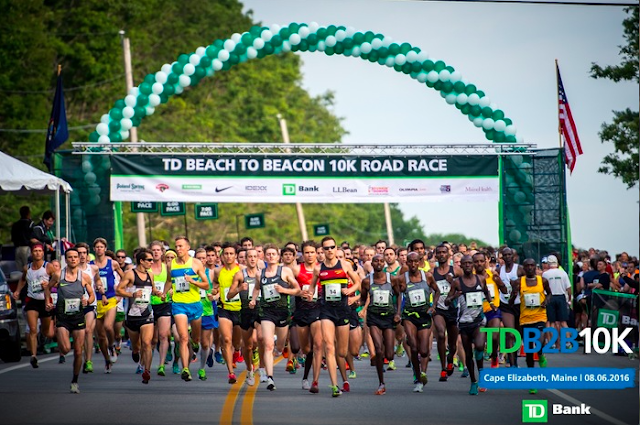 Anyway.  What do I not like about this race?   The craziness in getting to the start.  That's probably the only thing that drives me crazy.  Leaving the house by 5:30 to get to the SMCC shuttle site by 6:30 can cause some headaches in my house, mostly because the other two runners in my house hate getting up early.  If it were up to me, I'd be up and out of the house by 5 am!

We choose the shuttle that is closest to the finish for a couple of reasons.  A.  I hate waiting in line for a shuttle (and trust me, they are SOOO long).  We've done that a few times and probably never will do it again.  and B. We usually have more miles we have to do that day anyway, so why not add some on just after running a 10k?  Makes sense, right?

This year, we added some more Boudreau's to the race.  It was Tucker (my son) and Jackson's (my nephew) first year running the race.   I'm super proud of both of these boys.  Their longest training run was 5 miles prior to the race.

They actually completed a total of 8.5 miles that day because, like I said above, we run back to the car.  Which was a small tid-bit of information I let them know the week of the race.  Which, obviously went over as well as a fart in a car.  So, you can imaging the amount of whining my kiddo do the entire way back to the car about why can't we just wait in the shuttle line?  Poor kid.  But seriously... when I was 13, I cannot say I was physically capable of completing a 10k.  Heck, I didn't even know what a 10k was!  And then to do 8.5 miles in a day.  Both of the boys rock!

Then of course, we have the guy who runs the race in the lighthouse.   I jokingly told the boys they HAD to beat the man in the lighthouse.  When they finished, I asked them if they did.  They hadn't seen him... which doesn't surprise me because the course is crowded.  After a quick search, I found out they had beaten him by 7 minutes!  Way to go boys!

For me, I had 12 miles planned that day.  The "race" was to run it fast-ish, anything sub marathon pace.... a couple of recovery and then finish off with some "fast miles".  I set off trying to keep my pace in the 8:00-8:10 pace.  No where near 10K pr pace... but I wasn't "racing" per se.  About 1.5ish miles into the race, I spotted a friend of ours and saddled up beside him.  Last year he cruised by me like I was standing still, so I thought my time running with Mark would be limited this year. 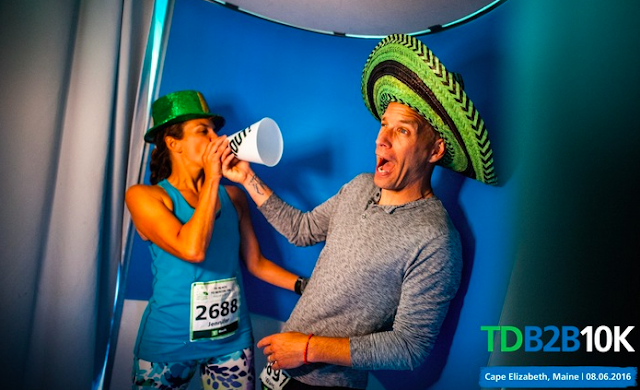 I didn't take any before/after photos... because I thought there would be more of me on the course.  But oh well!  I have that one above by Maine Running Photos in my newest Spandits shorts (that I picked up at the expo!) (Use SPANDITSLOVE for 10% off and tell them Jen B sent you! and then this is the pic above from the Photo Booth with Ward.  I love that one, so it's all good! 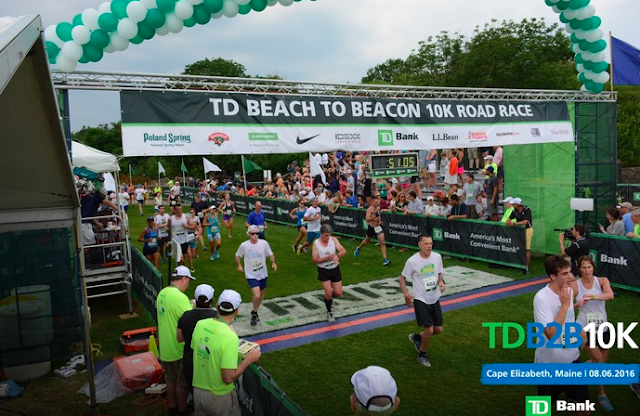 In all, this year was maybe the best weather I can remember.  I'm still holding out for a raining race.  Maybe next year?   I didn't hate this year, that's for sure.  And I'm super happy 3/4th of my little family ran it.  I cannot wait until all 4 of us do!  Now, will I do it again next year?   Sure thing!  If I can type fast enough that random morning in March for registration!