- April 18, 2017
This year marks my husband's, Mr. Running With The Girls', Boston Marathon. And per the norm, the weather forecast started out with the best racing scenario and quickly escalated to not-so-stellar conditions. 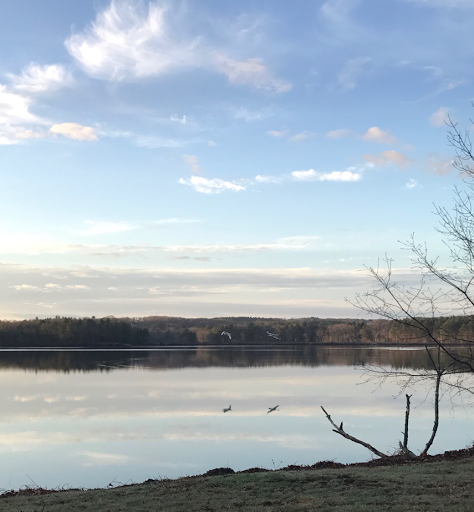 Because Boston Marathon day is really a huge family reunion for us, a huge BONUS for us, after we visit the expo, we make a beeline to Aunt Judy and Uncle Pete's house, near, Hopkinton.   We spent hours laughing and catching up with loved ones while I tortured the kids with a 7- Year Easter photo remake of the kids. 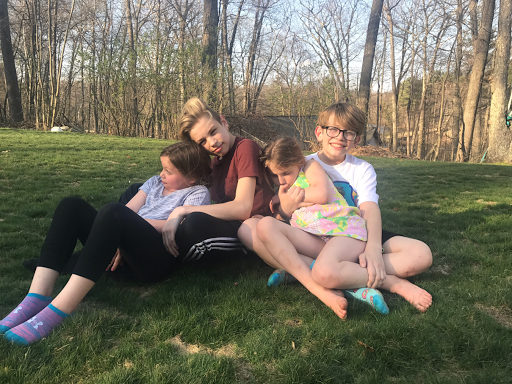 Monday morning started out beautiful.   A slightly overcast morning around 60 degrees.  Already!?!?! Jill and I got in some miles around the pond before heading back to wish our husbands good luck as they headed off to the shuttle. 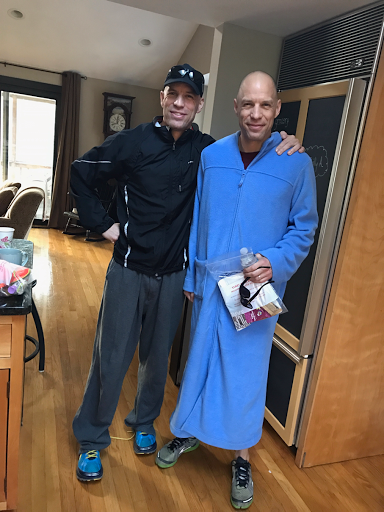 This year our sons opted to hang out at Aunt Judy and Uncle Pete's house, which meant I had the chance to drag Jill all over the course and shake things up a bit..... Like get crazy and see the husbands 2x along the course rather than just once.   Our plan almost worked too! 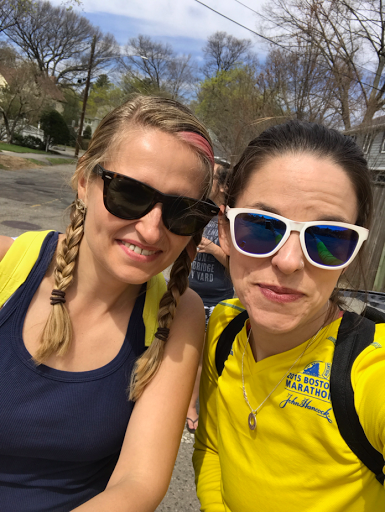 Our first stop off the T was Framingham.  Not too crowded but definitely an exciting vibe.  Well, except for the stubborn guy in front of us who had to be told a handful of times to get on the sidewalk.  Seriously why can't people just listen to police officers when they are told what to do? 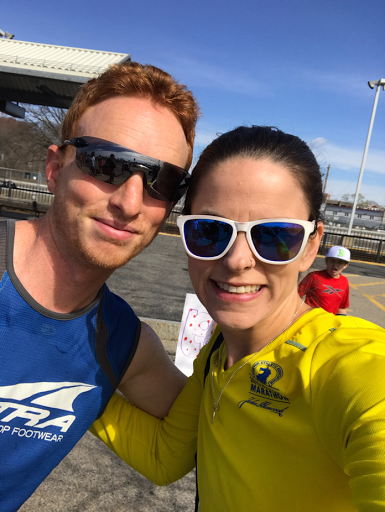 Coincidentally I ran into Golden Harper, co-founder of Altra, we checked out our shoes .... #twinning and took a selfie then he was off to find a way to the starting line. 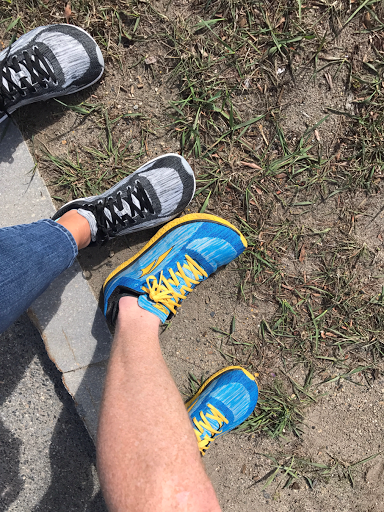 The BAA 2017 app rocked with the updates because we could basically stalk the guys along the course and knew almost down to the minute when they would run by us.  No pics of them at this point, but lots of elite photos!

We barely made it to the T to get to our next stop, Auburndale.   Auburndale turned out to be a nice place.  Not super crowed and only a little wait until someone left their spot along the barricade and then we had front row standing. 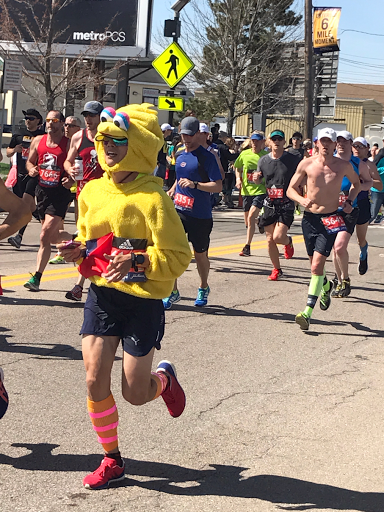 After a bit we saw Wade, Jill's husband.  He was waiting for Ward.  While he waited for Ward, somehow all 3 of us missed Ward run by and next thing we know, Ward was crossing the 30k check point.   Wade took off hoping to catch him, but it didn't happen.  Mostly because Ward thought he was running behind Wade and was trying to catch Wade.  Kinda crazy.  And thank you to the friends who tried to help out today! 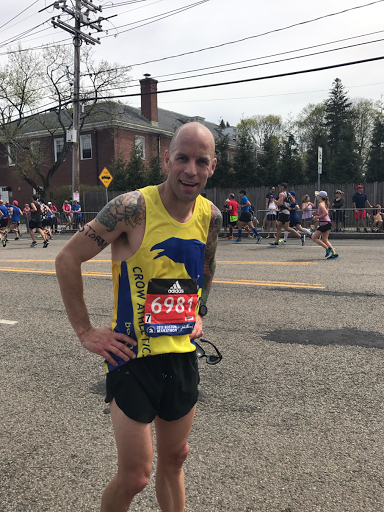 Anyway, Jill and I made the final stretch into Boston and got to our meeting spot before Wade and Ward, I think for the first time.   It was super warm.  I think my phone told me it was around 75 in the city, which is not ideal marathon temps especially with zero heat training and a brutal winter/spring. 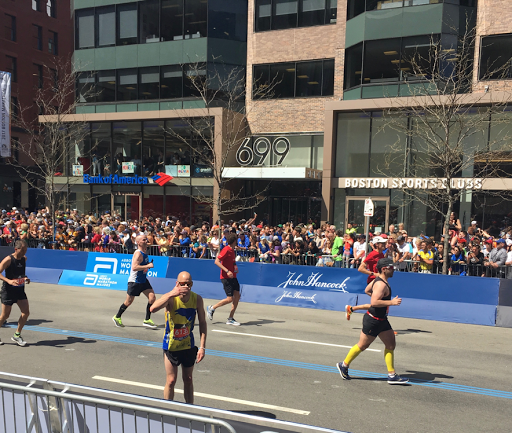 Their times do not disppoint me at all. They are still amazing.  And the fact that Ward completely his 6th Bsoton and Wade completed his 4th Boston today is a huge accomplishment. 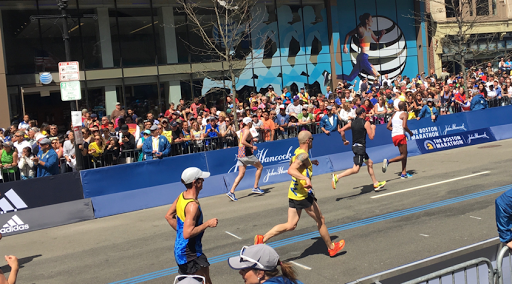 I know I said no more marathons, but I can't help but feel inspired to maybe take the leap and try another one. Maybe fundraising for Boston next year?  Who knows what next year will bring?  I think Ward needs to experience what it's like to spectate Boston.  It would be good for him!